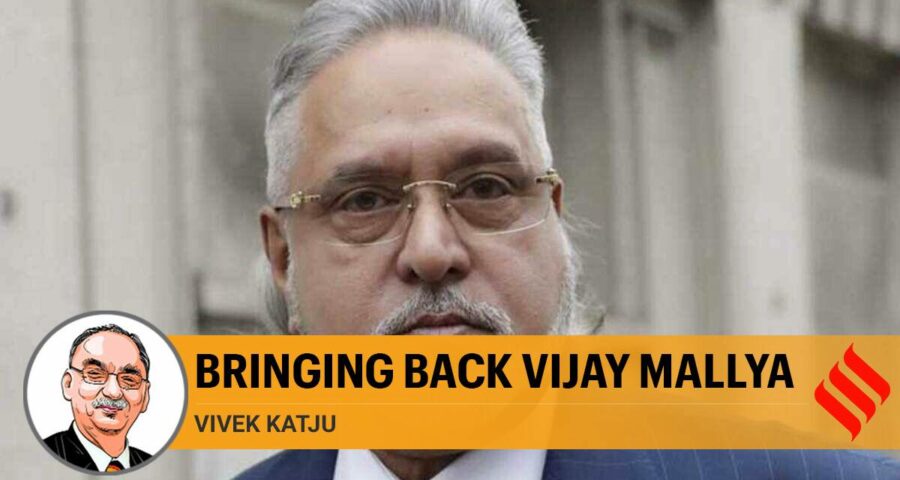 If the government’s approach needs some clarifications, the Opposition’s apathy in this matter is inexplicable. It has not raised the issue of Britain’s virtual refusal to extradite Vijay Mallya. The government’s approach in the Vijay Mallya matter seems strange. The extradition proceedings against him in Britain are over. His appeal against the extradition order has failed. Instead of sending him to India to face the law, the British government has informed New Delhi that he cannot be sent because “judicial” action of a confidential nature regarding him is underway. The British authorities have further stated that no time frame can be indicated about these judicial proceedings. The upshot is that this high-profile fugitive from Indian law is safely residing in Britain and cocking a snook — seemingly with the assistance of his host country — at India.

According to media reports, the Supreme Court has been told that Indian ministers as well as senior officials have taken up the matter with Britain, but to no avail. Why is the government accepting this highly questionable British approach? Surely, it is hardly tenable that a government can refuse to state what the judicial proceedings are all about. It is one matter to be unable to disclose the substance of proceedings on national security or privacy or some other consideration and quite another to claim that nothing can be shared about it. Would that not defeat the entire purpose of an extradition agreement?

Several questions arise. Perhaps the first is if the government has taken legal advice in Britain if its government’s position is sustainable under the country’s law? Another is to seek from the British authorities if they have invoked identical or similar methods to hold up the extradition of fugitives belonging to European countries or the US? If so, when and in how many cases? It is likely that they may claim confidentiality even here.

In any event, India should express its displeasure at the way the British are handling this matter. And certainly, the means to do so could not have been an invitation to prime minister Boris Johnson to be the chief guest at the Republic Day.

Of course, the government can always say that India-Britain relations cannot be held hostage to one case for both countries have too many abiding interests which need to be nurtured for mutual benefit. This is true, but so is this government’s laudable commitment to curbing corruption. That involves not allowing foreign governments to get away by dragging their feet at preventing accused persons from returning to India to face the law.

The government has done well to secure the extradition of many accused persons from countries in the Arab peninsular and one in Europe. This showed a serious approach on its part in matters relating to terrorism. An identical approach is needed in matters relating to economic offences. Any laxity here would only reinforce the view that India has different policies for different countries. This view could be further reinforced in the case of Britain for great indulgence was shown to it when India went along with the decision that Prince Charles should become head of the Commonwealth as and when the leadership position for the group opens up.

If the government’s approach needs some clarifications, the Opposition’s apathy in this matter is inexplicable. It has not raised the issue of Britain’s virtual refusal to extradite Mallya. Indeed, this is one issue on which the Indian political class can send out a clear and unanimous signal to Britain that it will not countenance a manipulative delay in sending back Mallya. The fact that the matter is before the Supreme Court should not be a reason for not taking a position in this case.

Apart from the extraditions from countries in the Arabian peninsula, India’s track record in purposefully following on cases of fugitives who have fled abroad or of pursuing foreigners who have, in some cases, acknowledged breaking Indian laws is poor. The case of Kim Davy which goes back to 1996 is particularly relevant in this regard. He has not hidden his role in the Purulia arms drop case. The Danish authorities issued orders for his extradition in 2010. He approached the country’s courts against the order and won both in the lower and the appellate court. The Danish prosecutor decided against appealing the matter for a second time. India was rightly deeply offended and froze relations with Denmark in many areas. However, some years ago relations were more or less normalised with a Danish assurance that they will process the matter de novo. It is not known if they are taking the matter seriously. Certainly, India has not made the current status in this matter publicly known.

In the Italian marines case, the Arbitral Council had instructed that criminal proceedings against them in the Italian courts should go on. Is the government following up the matter through its mission? A periodic status report would assure the people that it is vigilant to ensure that justice is done to the deceased Indian nationals in such matters.

These cases and more show that India takes these issues lightly and foreign countries naturally take their cue from the lax Indian approach.

This article first appeared in the print edition on February 10, 2021, under the title “Bringing back Vijay Mallya”. The writer is a former diplomat