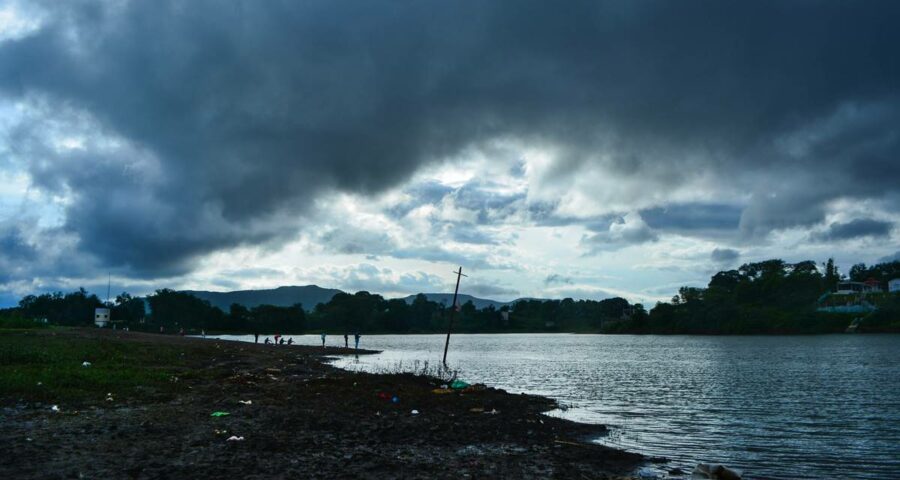 Continuing its rapid progress since its onset on June 13, the southwest monsoon by Sunday covered nearly 80 per cent of the geographical area of the country within 10 days.

The weather agency had on Sunday afternoon said that the monsoon has reached the doorstep of Delhi, where it is most likely to arrive during the next two to three days. The normal dates for the onset of monsoon over Chandigarh and Delhi are June 26 and June 27 respectively.

By the middle of the week, monsoon is expected to cover eastern Uttar Pradesh, Delhi, Haryana and remaining Madhya Pradesh and Punjab. “Conditions are favourable for the monsoon to advance further to the remaining parts of the country, except Rajasthan, during the next 48 hours,” the IMD officials said.

Southwest Monsoon covers nearly 80% of country’s area, expected to arrive in Delhi in 2-3 days. Follow this space for the latest updates. By Sunday, the monsoon has covered the entire Odisha, West Bengal, Jharkhand, Bihar, Jammu and Kashmir, Ladakh, Gilgit-Baltistan and Muzaffarabad and some parts of Haryana, Chandigarh and northern Punjab, covering nearly 80 per cent of the country’s geographical area.

The low pressure system, prevailing over north Odisha and West Bengal, is set to intensify within the next two to three days. This will help the monsoon to progress.

There is a trough running between south Punjab till northwest Bay of Bengal, with the eastern end lying close to the low pressure system. These two systems, along with strong westerly winds coming in from the Arabian Sea, will bring heavy to very heavy spells of rainfall over Odisha, Chhattisgarh, Madhya Pradesh, Jharkhand, Telangana and Vidarbha in Maharashtra during till Thursday.