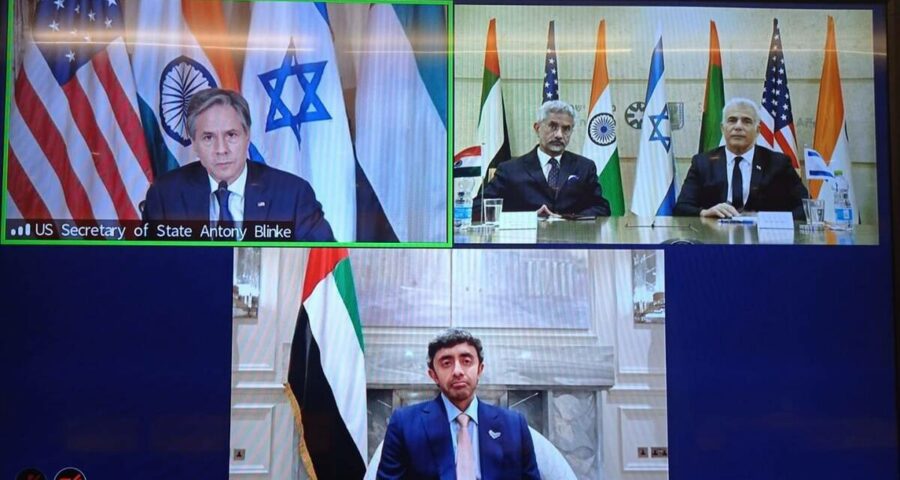 Jaishankar described the meeting as 'fruitful' and said they discussed working together more closely on economic growth and global issues. 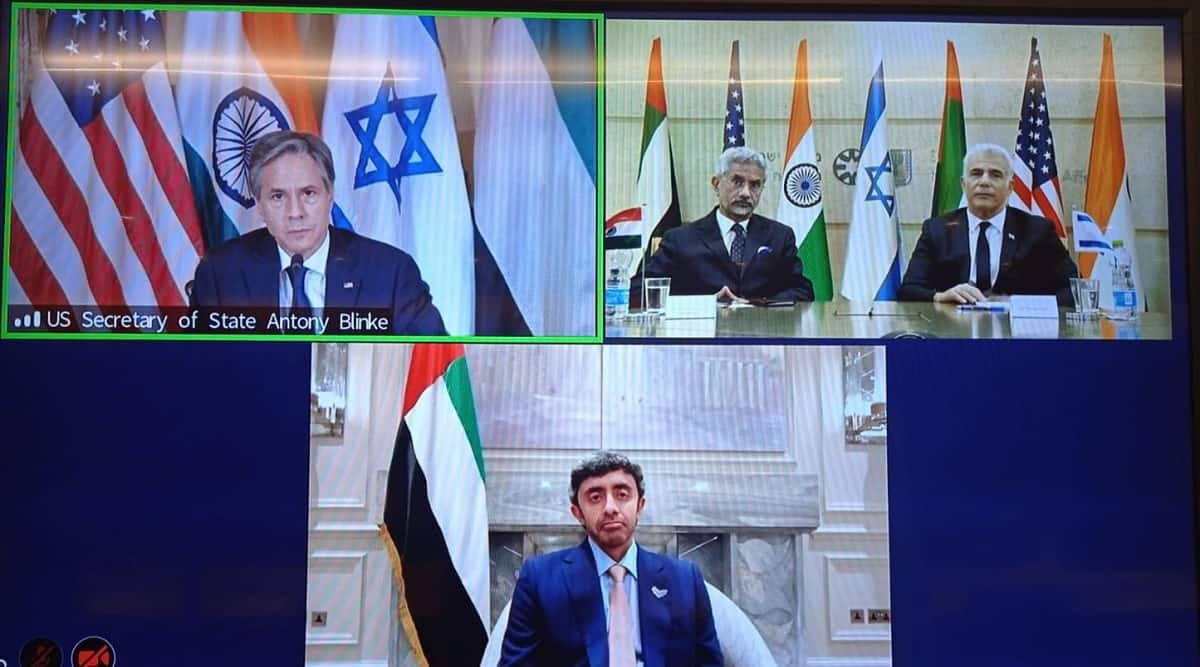 External Affairs Minister S Jaishankar and his counterparts from Israel, the US and the UAE have agreed to establish a forum for economic cooperation at a quadrilateral meeting during which they discussed possibilities for joint infrastructure projects in the fields of transportation, technology, maritime security, and economics and trade.

Jaishankar, who is currently on a five-day visit to Israel, was accompanied by his Israeli counterpart Yair Lapid, during the virtual meeting on Monday. US Secretary of State Antony Blinken and United Arab Emirates Foreign Minister Sheikh Abdullah bin Zayed Al Nahyan participated virtually as the four leaders also exchanged views on shared issues of concern in the region.

“The ministers decided to establish an international forum for economic cooperation,” said a statement issued by the Israeli Foreign Ministry after the meeting.

It said the four ministers held a discussion on possibilities for joint infrastructure projects in the fields of transportation, technology, maritime security, and economics and trade, as well as for additional joint projects.

At the end of the conversation, it was decided that each minister will appoint senior-level professionals to a joint working group that will formulate options for cooperation in the areas identified by the ministers, the statement said.

The intention is to hold an in-person meeting of the ministers in the coming months at Expo 2020 in Dubai, the statement said. “I think the word we’re looking for here is synergy, because this is what we’re going to try and create starting with this meeting. Synergy that will help us work together on infrastructure, digital infrastructure, transport, maritime security and other things that preoccupy us all,” Israeli Foreign Minister, who initiated the meeting during his visit to Washington, said at the start of the meeting Monday evening.

“The key to success is how quickly can we move from ‘government-to-government’ to ‘business-to-business’?” Lapid said. “How quickly can we turn this into a working process that will put boots on the ground, changing infrastructure around the world.”

Jaishankar described the meeting as ‘fruitful’ and said they discussed working together more closely on economic growth and global issues. “Agreed on expeditious follow-up,” he said in a tweet. “I think it is very clear that on the big issues of our times we all think very similarly and what would be helpful would be if we could agree on some practical things to work upon,” he said.

Meanwhile, an article in the Jerusalem Post newspaper pointed out that there are economic and defence industry advantages to the new ties and the ability to synergise the network of ties between Washington, Jerusalem, Abu Dhabi and New Delhi. “That means that the whole can be more than the sum of its parts,” it said.

Citing the growing power of near-peer rivals such as Russia and China, as well as regional states that oppose US policy, such as Iran and Turkey, the article said, “That may be where the US-UAE-Israel-India connection comes together most of all, in presenting a moderate alternative to the aggressive extremist and authoritarian countries.”