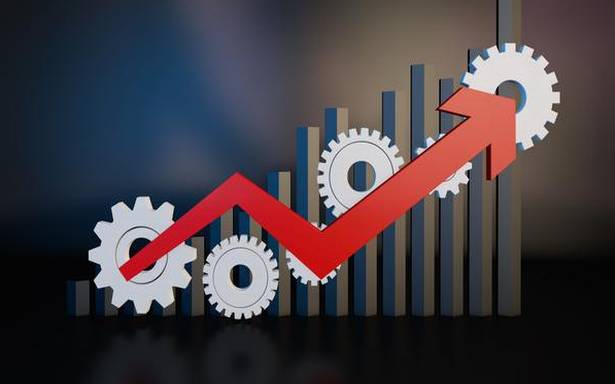 The Bank released a South Asia economic focus report ahead of its annual meetings which start next week in Washington.

India’s real Gross Domestic Product (GDP) in the current fiscal year is estimated to grow by 8.3%, the World Bank said as it released a South Asia economic focus report ahead of its annual meetings which start next week in Washington. This growth estimate is supported by an increase in public investment to bolster domestic demand and schemes, like the production-linked incentive to boost manufacturing.

Despite being ravaged by a second COVID-19 wave earlier this year, the economic impact of the pandemic this year has been “relatively small” compared to the impact in 2020, said the report, titled, Shifting Gears: Digitization and Services-Led Development. Growth is expected to settle at around 7% over the next two years (7.5% forecast in FY2022/23 and 6.5% in FY2023/24) as the base effect fades (i.e., a contraction of 7.3% last year), supported by infrastructure investment, as well as reforms to ease supply-side constraints. Downside risks in the medium term include uncertainty around asset quality deterioration due to the pandemic, slow recovery in the informal sector and higher than expected inflation, the Bank said.

Due to targeted measures adopted by South Asian countries, the setbacks this year due to the pandemic — despite the high number of infections — has been more muted than the setback of 2020. The South Asia region as a whole is expected to grow at 7.1% in 2021 and 2022 and 5.4% in 2023.

Strong year on year growth numbers this year are, however, at least in part due to the very low base numbers from 2020 and also because not all the damage from the crisis has been reversed. For instance, the average annual growth rate for the 2020-2023 period is expected to be 3.4%- 3 percentage points below the average annual growth rate based on the four years preceding the pandemic. COVID-19 has also pushed an estimated 100 million people into poverty across the world in 2020. In South Asia alone, the number is about 62-71 million for the same year and 48-59 million in 2021.

Accommodative fiscal and monetary policies and low interest rates globally have been key to mitigating the pandemic’s economic impact on households and firms. However, while vaccination efforts and relief measures are still warranted, the report says that the limits of accommodative policies are in sight.

It is time to start rethinking policies and thinking about medium term growth, not just because of the limits of short term macroeconomic policy reaching its limits, World Bank Chief Economist for South Asia Hans Timmer told reporters on a briefing call on Wednesday.

“If you don’t start now preparing for what we call the ‘new normal’, and there’s always a new normal after a major crisis, you might well be too late.”

Mr. Timmer said preparing meant learning lessons from the crisis and in this case it meant building social protection and adopting greener policies, because the next shock might be from the environment. Another lesson from the crisis was that inequality had increased — and women and the informal sector especially were bearing the brunt of this.

“To reduce inequality, it is very important to integrate the informal sector and women into the economy. So that should be also an important element of the medium term growth strategy,” he said.

The report has an entire policy chapter devoted to the headline theme — digitisation, the context for which is the “boost” that the services economy got due to the pandemic. While South Asia as a whole has struggled to break into manufacturing sector export markets at scale – the emergence of new services economy provides an opportunity for these countries to follow a path of development that is services-led rather than manufacturing-led.

The Bank called on South Asian countries to lower entry barriers in the services sector, creating more national and international competition while curbing the “emergence of new monopoly powers”; aiding labour market mobility and upgrading of skills; and enabling the absorption of these new services by households and firms.

Mr. Timmer said that the formal services sector in South Asia — including India — is very heavily regulated. Applying this level of regulation to new services — such as those that have developed during the pandemic — will “kill” them, he said. Many of the new services were developing — in India and other parts of the world — in a “grey area” , outside the formal services sector, Mr. Timmer said. In “most countries” the conclusion is that “regulatory sandboxes” are needed , i.e., experimenting with how to regulate these new services, he said.

While platforms (i.e., digital platforms ) can play an important role, they need to be regulated so they do not become monopolies, Mr. Timmer said.

“Very important for India is that if you want services to play a crucial role in development, it has to be internationally competitive, and you have to allow international competition.”