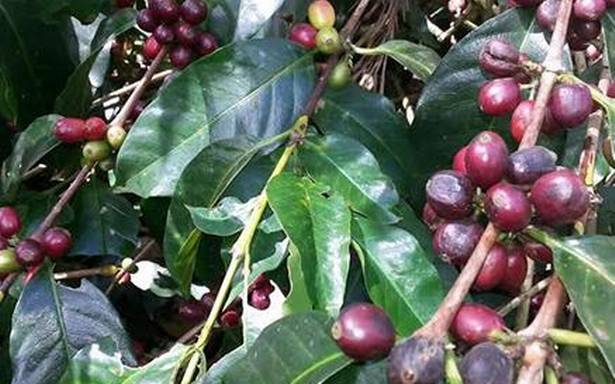 India’s arabica coffee production will drop by 30% and robusta by 20% this harvest season ending January on account of excessive rainfall, plant damage, bean splitting and berry dropping, as per data provided by the planters’ community.

According to Coffee Board’s post-monsoon estimates, arabica production in India was expected to be 99,000 metric tons and robusta 2.35 lakh metric tons in the current crop year.

However, continuous rains from September had resulted in causing significant damage to coffee plantations, reducing yields in arabica (30%) and robusta (20%), said Karnataka Planters’ Association (KPA) that represents more than 80% of coffee growers in the country.

“Excessive rainfall played spoilsport for coffee plantations across the country. Because of early blossom showers in February, the crop was ready for harvest in October itself, instead of November. A large volume of berries are spitting open or falling down now before they are harvested,’’ said KPA chairman S. Appadurai.

Due to vagaries of nature and plant loss due to white-stem borer disease, the yield has also come down significantly. For instance, per acre arabica plantation currently offers only 200 to 250 kg of coffee as against 400 to 500 kg a few years ago. Some 450 to 500 kg of robusta coffee is grown per acre compared to 600 kg earlier.

The Brazilian frost-brought supply shortage and price surge in the international coffee markets came as a respite for Indian coffee growers who have been reeling under existential crises.

“We expect this price trend to continue throughout the season without any drastic fluctuation until the major chunk of our crop is shipped by March next year,’’ said Ramesh Rajah, president, Coffee Exporters Association of India.