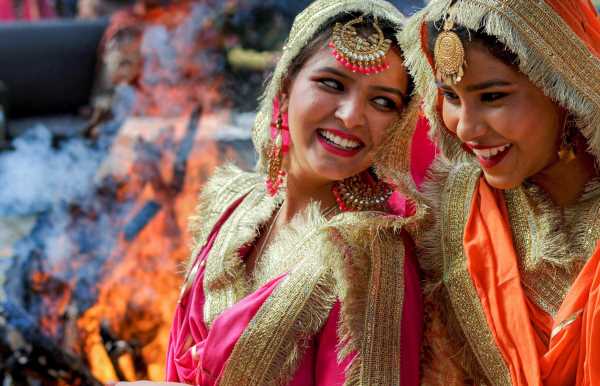 The festival of Lohri was celebrated with traditional fervour in Punjab, Haryana and Chandigarh on Wednesday.

Bonfires, an important part of the festivities, were lit as families danced to the tunes of famous festival songs like ‘Sundar mundriye ho‘. During the day, children and youngsters held kite-flying competitions at many places, including Ludhiana, Jalandhar and Amritsar. Amid the ongoing farmers’ protest against the Centre’s three farm laws, kites with messages of ‘No Farmer No Food’, ‘Kisan’ and ‘Kisan Ekta Zindabad’ written on them were a hit among the youths. The sky was dotted with multi-coloured kites of different sizes and shapes carrying ‘Happy Lohri’ messages. Traditionally, Lohri celebrates the onset of the harvest season in Punjab.

Women in traditional attire performed Gidha, a folk dance, at many places. ‘I pray that this special day fills everyone’s lives with happiness and good health,’ he said and also tweeted his wishes in Telugu and Punjabi. Bhogi is the first day of the four-day Makar Sankranti festival. Makar Sankranti will be celebrated on Thursday.