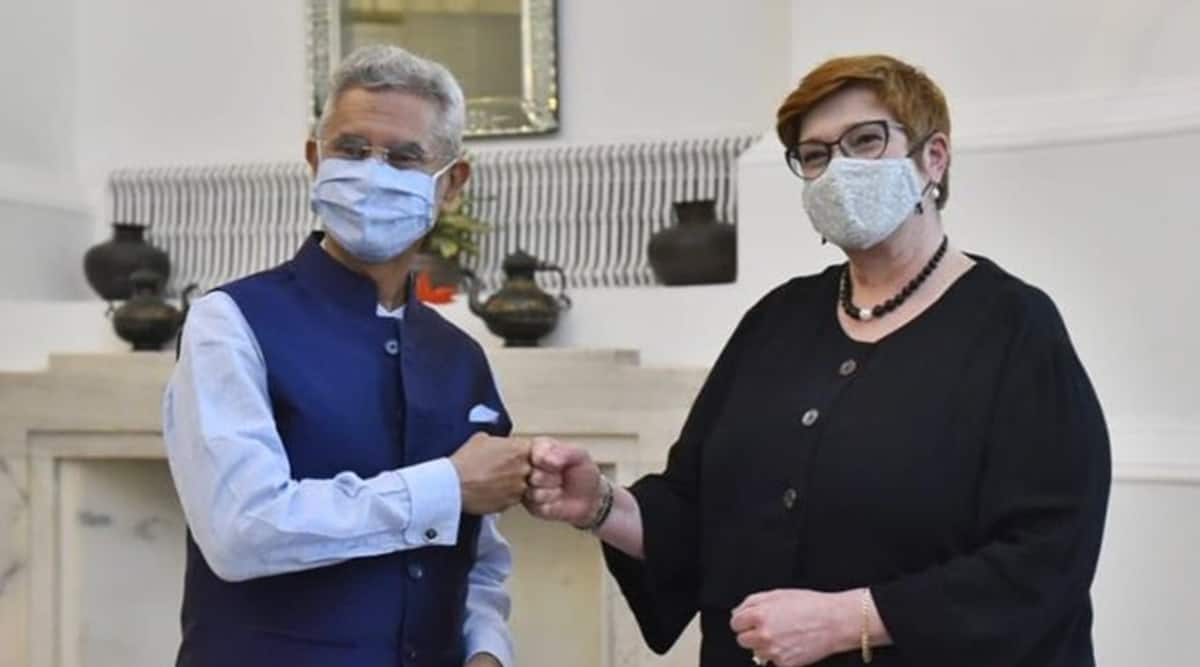 India and Australia on Saturday began a high-level foreign and defence ministerial dialogue aimed at further ramping up their overall defence and strategic cooperation including in the Indo-Pacific amid China’s increasing military assertiveness in the region.

The in-person talks are taking place at a time the global focus has been on the situation in Afghanistan and the issue is likely to figure in the deliberations.

In their talks, the two defence ministers discussed the fragile security situation in Afghanistan and their “common concerns” relating to the possible spread of terrorism from the Taliban-ruled Afghanistan.

The foreign and defence ministerial talks are taking place amid renewed efforts by the Quad member countries to expand cooperation in the Indo-Pacific region. Besides India and Australia, the Quad comprises the US and Japan.

In an address at an event organised by the Observer Research Organisation, Payne on Friday said the Quad has evolved “swiftly” and very “effectively” and commended India for taking a strong leadership role in the region.

Talking about “significant challenges” facing the Indo-Pacific, the Australian foreign minister said Canberra seeks a region where rights of large and small countries are respected and that no “single dominant power” dictates the outcome for others.

The dialogue between the foreign and defence ministers was instituted as part of an overall goal to expand strategic cooperation between the two countries.

India has such a framework for talks with a very few countries including the US and Japan.

The defence and military cooperation between India and Australia is on an upswing in the last few years.

In June last year, India and Australia elevated their ties to a comprehensive strategic partnership and signed a landmark deal for reciprocal access to military bases for logistics support during an online summit between Prime Minister Narendra Modi and his Australian counterpart Scott Morrison.

The Australian Navy was part of the recent Malabar naval exercise that also featured navies of India, the US and Japan.