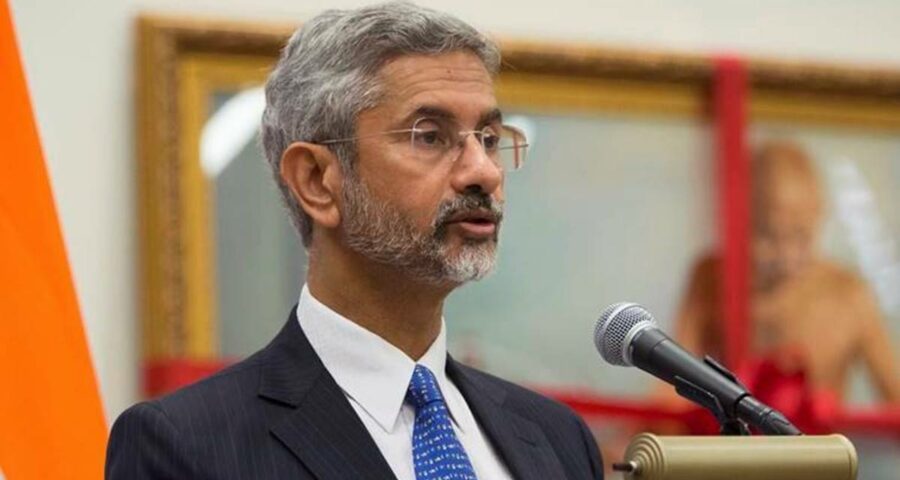 The statement from the MEA outlined an incremental approach and made it clear that disengagement, followed by de-escalation, will lead to peace along the Line of Actual Control (LAC), and eventually normalisation of ties. A day after External Affairs Minister S Jaishankar spoke to Chinese State Councillor and Foreign Minister Wang Yi for 75 minutes, New Delhi and Beijing announced that both have agreed to establish a hotline — “for timely communication and exchange of views”, according to China.

But separate readouts of the phone call released by the Ministry of External Affairs (MEA) and China’s Foreign Ministry Friday underscored key differences in emphasis and tone on the path ahead.

The statement from the MEA outlined an incremental approach and made it clear that disengagement, followed by de-escalation, will lead to peace along the Line of Actual Control (LAC), and eventually normalisation of ties.

But the statement from China underlined that the boundary situation should not be placed at the front and centre of the relationship, but instead at a “proper place” in overall ties — the indication was the two sides should return to business as usual while the issue is dealt with.

Recalling their Moscow meeting of September 2020, where he had expressed concern over unilateral attempts by the Chinese to alter the status quo, Jaishankar told Wang that “bilateral relations have been impacted severely over last year”, the MEA said.

He said that the “boundary question may take time to resolve but disturbance of peace and tranquility including by violence, will inevitably have a damaging impact on the relationship” — a line that is being viewed as unusually direct and blunt.

According to the Chinese readout, Wang noted that lessons from the past deserve deep contemplation. “There has been some wavering and backpedaling in India’s China policy, and practical cooperation between the two countries has been affected. This does not serve the interests of either side. Decades of experiences have shown repeatedly that heightening differences does not help solve problems, and that it only erodes the basis of mutual trust,” it said.

On the current disengagement, according to the MEA, Jaishankar again referred to the Moscow meeting where both ministers had agreed that the border situation was not in the interest of either side and that troops should continue their dialogue, quickly disengage and ease tensions.

Jaishankar “noted that the two sides had maintained continuous communication since then through both the diplomatic and military channels. This had led to progress as both sides had successfully disengaged in the Pangong Tso Lake area earlier this month”.

Noting the “completion of disengagement in Pangong Lake area”, Jaishankar “emphasized that both sides should now quickly resolve the remaining issues along the LAC in Eastern Ladakh”.

“The External Affairs Minister said that once disengagement is completed at all friction points, then the two sides could also look at broader de-escalation of troops in the area and work towards restoration of peace,” the MEA said.

According to MEA, Wang “expressed satisfaction at the progress made so far” and described it as “an important step forward for restoration of peace” in border areas. “He felt that both sides should make efforts to consolidate outcomes. It was also necessary to sincerely implement the common understanding reached at various levels. He spoke about the need to improve management and control in the border areas,” it said.

According to China, “Wang said that the frontline troops of the two countries have recently completed disengagement in the Pangong Lake areas. The situation on the ground has been noticeably eased.”

It said that “it is imperative for the two sides to cherish the hard-won relaxation, and work together to consolidate the progress, keep up the consultation momentum, further ease the situation, and improve the border management and control mechanisms. The two sides also need to advance the boundary talks to build up mutual trust and realize peace and tranquility in the border areas.”

The Indian statement, at this point, outlined a stepwise approach to normalisation and quoted Jaishankar as saying that it was “necessary that the two sides should work towards early resolution of remaining issues” and “disengage at all friction points in order to contemplate de-escalation of forces in this sector”.

Beijing also characterised Jaishankar’s statement in a similar fashion. “India wants more dialogue and consultation with China to realize quick disengagement at the remaining points to further de-escalate the situation at the boundary and maintain peace and tranquility in the border areas. The Indian side, having in mind the long-term development and larger picture of bilateral relations, is ready to act on the important understandings between the leaders of both countries for the bilateral relationship to get back on track at an early date,” it said.

Moving on, India referred to Jaishankar’s speech in January and said Wang noted that the “Indian side had proposed ‘three mutuals’ (mutual respect, mutual sensitivity and mutual interests) as the approach to the relationship”.

According to Beijing, Wang — much like the Chinese leadership’s approach in the past — pointed out that both China and India are “ancient civilizations and major emerging economies”.

Making a case for decoupling the boundary issue from the overall relationship, Beijing said: “The two sides need to commit to the strategic consensus reached between their leaders, stay on the right path toward mutual trust and cooperation between big neighbours, and never take the wrong path of mutual misgivings and suspicion, still less the path of retrogression. They should handle the boundary question properly to prevent the bilateral relationship from sinking into a negative cycle. While that the two countries have boundary disputes is an objective fact, which should be taken seriously, it is not the whole of China-India relations, and it should be put at a proper place in the overall bilateral relations,” Beijing said.

“As two big emerging economies, China and India need to pursue development alongside each other, move forward in partnership instead of hindrance, and work together for shared progress rather than erecting walls against each other. They can begin from easier things and proceed incrementally so as to build up enabling conditions for a better relationship and greater practical cooperation between them,” the Chinese said.