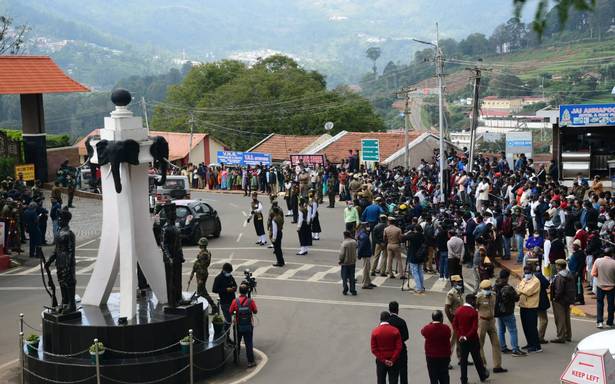 Mi-17 V5, an Indian Air Force (IAF) helicopter carrying Chief of Defence Staff (CDS) Gen. Bipin Rawat, his wife Madhulika Rawat, an Army Brigadier, and 11 others, crashed into a heavily wooded area of the Coonoor ghat in the Nilgiris in western Tamil Nadu on December 8.

The Cockpit Voice and Flight Data Recorder of the IAF chopper was recovered on Thursday morning, a source said. Further, a tri-service inquiry has been ordered by the IAF headed by Air Marshal Manvendra Singh, Air Officer Commanding-in-Chief, Training Command, to investigate the cause of the crash.

The tragic and untimely death of the country’s first Chief of Defence Staff has created a vacuum at the highest levels of India’s military hierarchy.

Here are a few pictures from Coonoor.