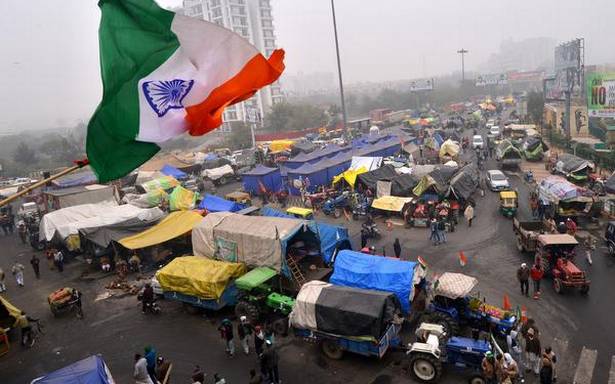 If 2020 was a tough year, 2021 took it up more than a few notches. COVID-19, which had been around for months, kept people on the edge with new highs and lows. While the battle of ballots kept many regions and their leaders busy, the weather didn’t make it any easy, with unprecedented rains pounding many parts of the country.

The new farm laws kept the power corridors of Delhi busy, while farmers opposed to it dropped anchor on the outskirts of the capital in January 2021 with a plan to move to the heart of the city on Republic Day. They came in waves the Capital had not seen in a long while. While public empathy usually erodes for such prolonged campaigns, which finally forced the government to take a U-turn, there was no visible anger from the commoners of Delhi.

The virus that spread like wildfire, taking down people and their livelihoods did not spare any part of the country.

The dreaded Delta variant put hospitals under stress to provide medical oxygen. After weeks of chaos, trains were used to move medical oxygen from manufacturing plants to the many needy cities. In some places, autorickshaws fitted with oxygen cylinders became improvised ambulances. Visuals of mass cremations stunned the world.

Towards the end of the year, tragedy struck the defence fraternity when Chief of Defence Staff, Gen. Bipin Rawat, wife and accompanying defence personnel died in a chopper crash in the Nilgiris, Tamil Nadu.

A look into the tumultuous year through the eyes of The Hindu lensmen.

(Text and curation by Dinesh Krishnan, Photo Editor, The Hindu)