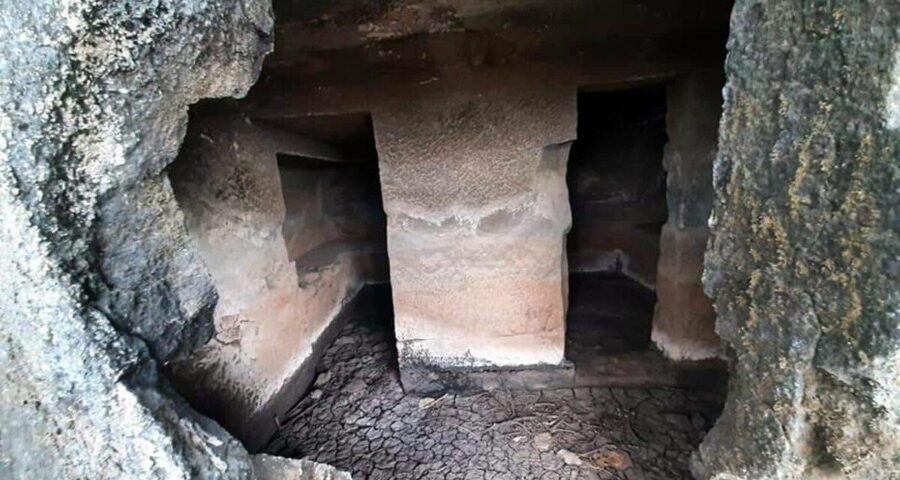 The antiquity of the caves — which may have been dwellings of Buddhist monks — is yet to be established; archaeologists studying them, however, believe they could be older than the Trirashmi caves. 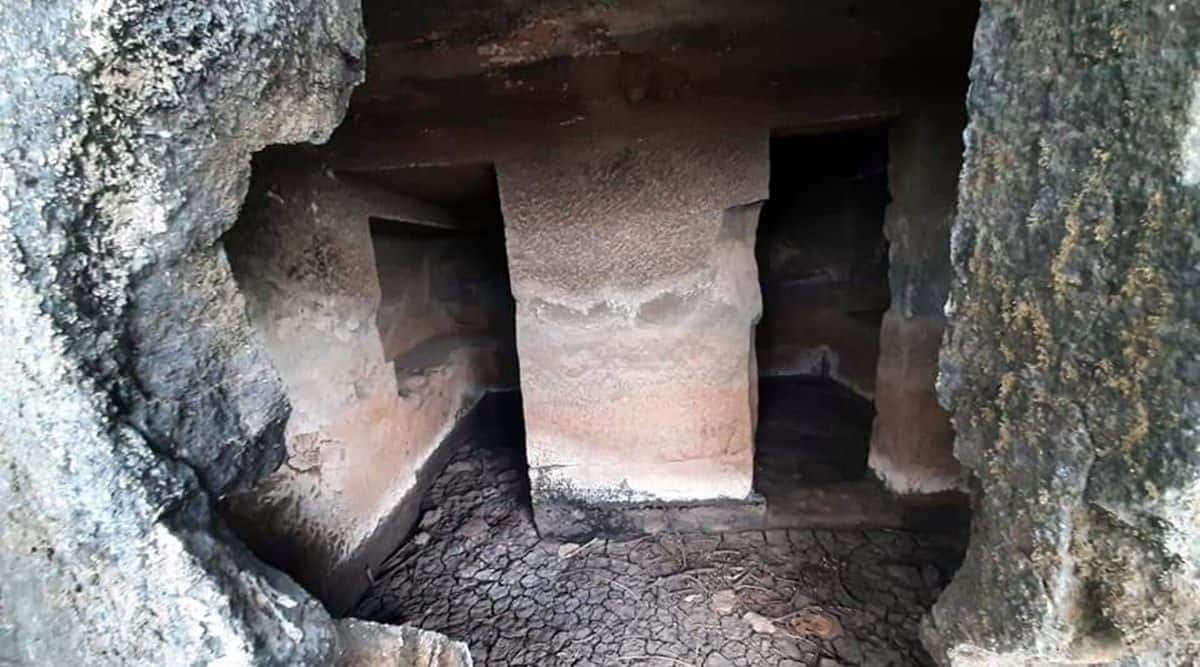 ALMOST two centuries after a British military officer documented the Trirashmi Buddhist caves — also known as Pandav Leni — in a hill in Nashik, the Archaeological Survey of India (ASI) has found three more caves in the same area.

The antiquity of the caves — which may have been dwellings of Buddhist monks — is yet to be established; archaeologists studying them, however, believe they could be older than the Trirashmi caves.

The Trirashmi or Pandav Leni caves are a group of 25 caves that were carved out of Trirashmi Hill between the 2nd century BC and 6th century AD. The caves complex was documented in 1823 by one Captain James Delamaine; it is now an ASI protected site and a tourist destination.

Salim Patel, a ‘multi-tasking staffer’ at the ASI’s Nashik division, stumbled upon two of the caves on May 22. Following the chance finding, a wider search of the area by Senior Conservation Assistant Rakesh Shende, who heads ASI Nashik, led to the discovery of the third cave.

ASI officials said the first two caves were discovered during the annual pre-monsoon cleaning of a drainage line on the hill. Patel was looking for a place to dump the soil, dry grass and dry wood that had been removed, when he spotted a cavity.

“I went closer and removed the tree branches covering the cavity. I saw two cave-like structures that had been carved out of the rock. I immediately informed my seniors, including Shende sir, who were at the spot,” Patel said.

“I was thrilled. This is the first time something like this has happened to me in 25 years of my service,” he told The Indian Express.

Shende said immediately after the discovery, the site was cleaned and secured. “We will be documenting the three caves, and send the details to our head office for notification in the gazette. The public can’t reach the caves now, since there are no pathways or safety railings. We will make the necessary arrangements once the caves are notified,” Shende said.

Atul Bhosekar, director of the Mumbai-based Trirashmi Research Institute of Buddhism, Indic Language and Scripts, who has been studying the caves for nearly three decades, said he had visited the site of the new discovery. The third cave, located close to the first two, was discovered when he was there with the ASI team, Bhosekar said.

“These caves are on the opposite side of the current complex, and 70-80 feet above the existing complex. The caves have been carved out of a steep hill, and looking at the style of carving, it looks like these were monks’ dwellings, older than the current complex,” Bhosekar said.

Two of the caves, he said, appear to have been shared dwellings; the third was perhaps occupied by just one monk. “All the caves have verandahs and the characteristic square stone platform for monks. There are special arrangements for monks to meditate, similar to the Kanheri and Wai caves,” Bhosekar said.

“The Buddhist sculptures and caves (in Nashik) are a significant early example of Indian rock-cut architecture representing the Hinayana tradition of Buddhism,” he said. “The caves have images of the Buddha and Bodhisattvas, and sculptures with designs of Indo-Greek architecture.”

Bhosekar’s daughter Maitreyee Bhosekar, a Nashik-based professional archaeologist who is documenting the newly discovered caves, said: “Looking at the layout and architecture of these caves, it is possible that they were carved before the existing caves; however, their precise age can be ascertained only after proper study and comparison with the existing caves.”