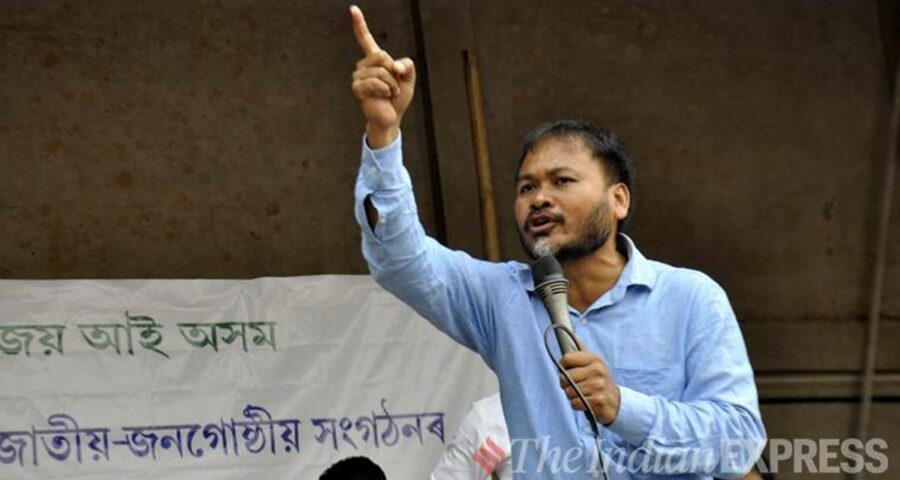 Gogoi said when he talks about the opposition parties against the BJP, he is consciously keeping the AIUDF out. “We do not desire to take along a communal party with fundamentalist ideology to oppose a communal and fascist party,” he wrote. 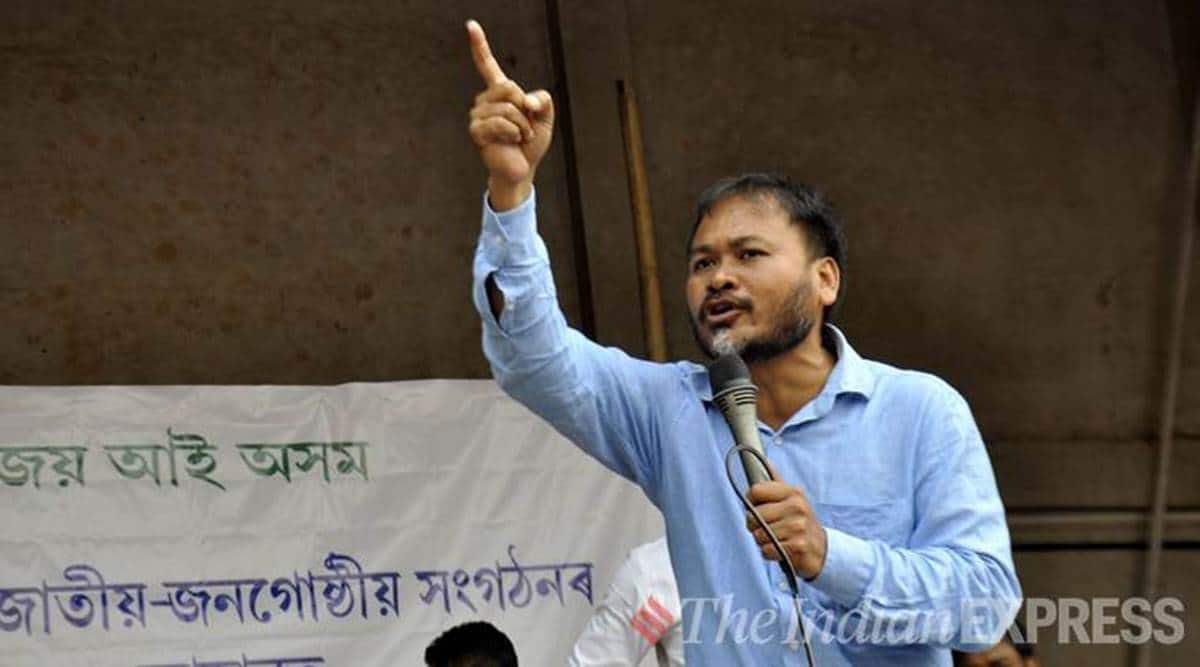 JAILED PEASANTS’ activist Akhil Gogoi, who is the president of the newly formed regional party Raijor Dal, has singled out Badruddin Ajmal’s AIUDF as “communal” amongst the opposition parties while urging that only one joint opposition candidate should be put up in all constituencies against the BJP to defeat it.

In a letter from prison on Tuesday, Gogoi said when he talks about the opposition parties against the BJP, he is consciously keeping the AIUDF out. “We do not desire to take along a communal party with fundamentalist ideology to oppose a communal and fascist party,” he wrote.

Gogoi has been in jail since December 2019. He was booked by the NIA on charges of sedition and those related to terrorism under provisions of the UA(P)A for involvement in the anti-CAA movement in Assam. He led the Krishak Mukti Sangram Samiti, which is the primary force behind the Raijor Dal. The party is in alliance for the upcoming polls with another regional party, the AJP, which also owes its genesis to the anti-CAA protests.

The Congress — with the AIUDF, three Left parties, new regional party AGM and the Bodoland People’s Front — have announced a grand alliance against the BJP. MP and perfume baron Ajmal leads the AIUDF, which enjoys a large support base in Assam’s Bengali-origin Muslim community, often derogatorily referred to as ‘Miya Muslims’. The BJP has constantly attacked Ajmal, the AIUDF and ‘Miya Muslims’. It has also criticised the Congress for tying up with the AIUDF.

“We think the BJP and AIUDF are two sides of the same coin,” wrote Gogoi, adding that they strengthened each other. “If we take them along with us, we will be weakened ethically, ideologically and politically.” He argued in his letter that the Muslim community itself is readying to bid farewell to the AIUDF but the Congress has given it a new lease of life. He said the Congress’s alliance with the AIUDF has distanced the regional parties from the alliance.

While the AIUDF and Congress dismissed Gogoi’s claims, his stand appeared to have ruffled feathers in his party as well, with its chief adviser quitting his post and disassociating himself from the party.

Prominent public intellectual Hiren Gohain, who quit as chief adviser of the Raijor Dal, told reporters Wednesday evening, “Akhil Gogoi’s latest decision went against my longtime opinion… After this I won’t be responsible for any of their actions.”

The AIUDF reacted sharply to Gogoi’s letter. “Akhil Gogoi’s letter forces us to raise questions as to whether it was dictated by ‘someone’ else – because what he has said in the letter about us aligns with what the BJP is saying. You know that the BJP is constantly targeting us in its rhetoric. At a time when a solid anti-BJP current is building up in Assam, Akhil Gogoi chooses to put pressure on the Congress to break the grand alliance against the BJP,” Aminul Islam, AIUDF general secretary, told The Indian Express.

“We are the second largest party in the grand alliance. The AJP or Raijor Dal do not even have a political existence as yet. And they are trying to dictate how the alliance should function,” Islam said. “We challenge Akhil Gogoi to show where we have made any communal statement. Our stand on the Assam Accord, on the ‘foreigners issue’, the NRC and the CAA are the same as his party’s. Where have we ever made any communal statement?”

The Congress rejected Gogoi’s claim. “We do not think the AIUDF is communal… The AIUDF has not said a single communal thing or incited violence against any other community. If in the future we find them spread hate and inciting violence, we will definitely sever our ties with them,” said Congress MP Pradyut Bordoloi. “Who is Akhil Gogoi to dictate anything to us on this?”