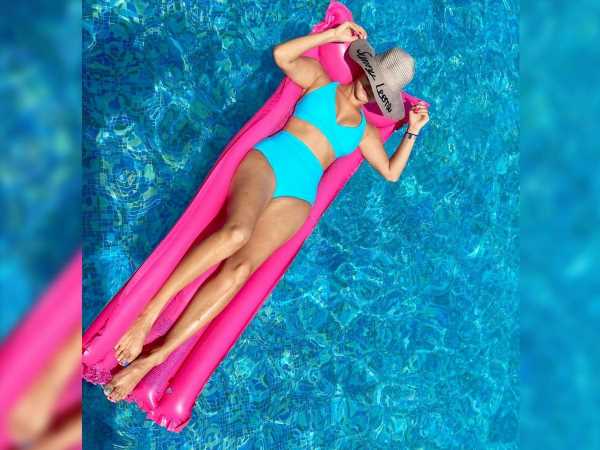 Bollywood bombshell Sunny Leone is s*xy and beautiful at the same time and she manages to drop your jaws with amaze too.  She  is every bit sultry in this super s*xy bikini piece she did for a bold shoot.

Mastizaade actress Sunny Leone took it to her microblogging page  and shared a photograph of herself sporting a bikini like a diva she is, fans went gaga over her look and the photograph soon garnered a lot of limelight.  In an aqua blue bikini, Sunny Leone looked fabulous.  The actress addressed having her name on the hat with which she covered her face and wrote, “Just in the case anyone forgot my name it’s on my hat.”

Sunny Leone is one who  keeps teasing  the fans with her captivating photographs and photoshoots. Earlier,  the actress had celebrated twin sons Noah and Asher’s birthday with a backyard party.  It is known news that Sunny Leone and Daniel had adopted daughter Nisha in 2017. They also welcomed their twin boys in  the year 2018 via surrogacy and named them Asher and Noah.

On the work front, Sunny Leone was last seen in the web series Bullets which was released on MXPlayer on 8th January. Helmed by Devang Dholakia, it also starred Karishma Tanna.  She will be seen next in Anamika, directed by Vikram Bhatt and also stars Sonnalli Seygall.