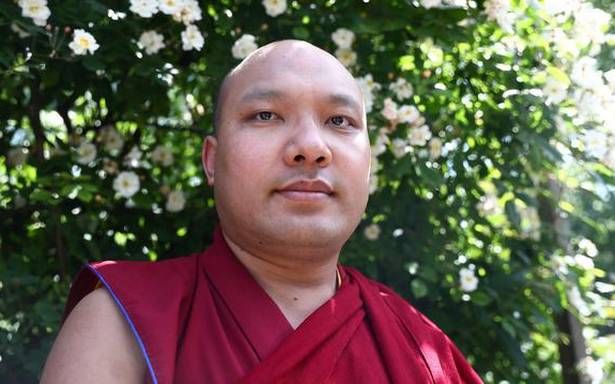 South Block is positively considering an outreach to the 17th Karmapa Ugyen Trinley Dorje, the Chief Minister of Sikkim said on Saturday.

At a press conference in Gangtok, CM Prem Singh Tamang said the Karmapa, who left India in 2017 without any early warning, may return “very soon” and the State is planning to send a delegation to the monk in this regard. The Karmapa is the leader of the Karma Kagyu branch of Buddhism.

“We have got a positive reply to our demand that 17th Karmapa Ugyen Trinley Dorje be allowed to visit Sikkim at the earliest. We believe it will happen very soon,” said Mr. Tamang.

The 17th Karmapa has a strong following in Sikkim where he remained popular despite having stayed away from India for the past four years. Lama Dorje used to reside in his impressive monastery located near the Dhauladhar range in Dharamsala. But Sikkim has always maintained that he should be based in the State as he is the ceremonial head of the Rumtek monastery.

The importance of the 17th Karmapa is expected to grow and he is likely to play a role in the deliberations to find a successor to Dalai Lama in a future scenario.

The Sikkimese government is planning to send Minister of Ecclesiastical Department Sonam Lama as the head of a delegation to meet the 17th Karmapa abroad and bring him back. The decision to send Mr. Lama is being interpreted as a big turnaround by the Indian establishment as the announcement was made by Mr. Tamang a day after he met Prime Minister Narendra Modi in Delhi.

The life of Ugyen Trinley Dorje has so far been eventful. He was born in Tibet but escaped to India at the age of 14 in a dramatic manner in 1999. The escape of the Karmapa from Tibet was a major setback to the Chinese government. The young monk remained in India till 2017 but often complained about travel restrictions that prevented him from moving across the country and abroad. He had complained that the residential certificate given to him by the government of India was insufficient as many countries in the world did not recognise the document which is usually granted to the Tibetan refugees in India.

Dorje disappeared from India in May 2017 and was later found to be living in Europe and the U.S. He had reportedly acquired citizenship of Dominica, a Caribbean island state. It was reported that the monk had been living in a farm house in New Jersey gifted to him by a Chinese-Taiwanese couple.

From the beginning of this uncertain phase, communication was maintained between Indian authorities and Dorje who in an interview to Radio Free Asia in 2017 had revealed that he was in talks with authorities for a return to India.

A senior source in the BJP with knowledge of the Karmapa’s demands also substantiated the reports of the dialogue saying the outreach was blessed by the Dalai Lama as well. The person however said previous attempts to bring Dorje back did not succeed as the Research and Analysis Wing (R&AW) did not approve the move.

Subsequently, sources had informed that India had toughened its position and had planned to de-recognise Dorje as the rightful claimant of the position of the 17th Karmapa. The latest move however shows that the South Block has made a U-turn and has given green signal to the move to engage the 17th Karmapa who is the second highest Buddhist leader of Tibetan origin after the Dalai Lama.