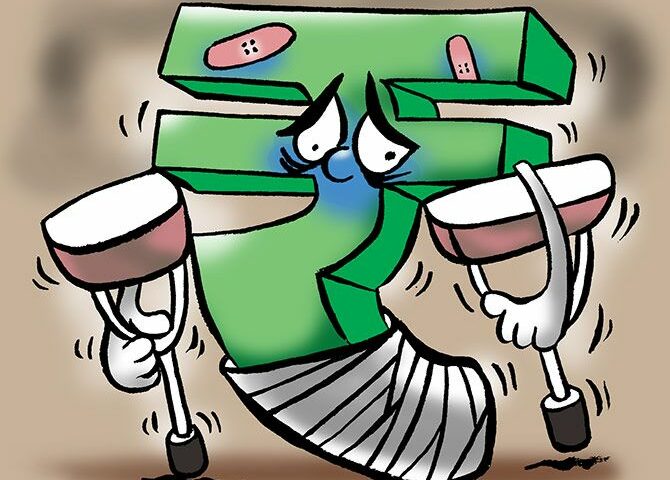 ‘… as has been happening in the last three weeks, then the foreign exchange reserves will not be comfortable to ensure that the rupee does not fall drastically.’ 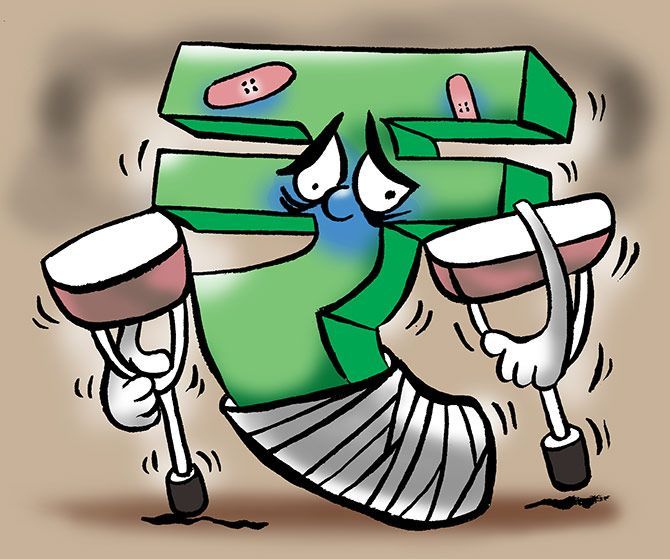 The rupee has been falling drastically and last week it touched Rs 80 to the dollar before recovering to settle at at Rs 79.24 on Friday.

Critics have been pointing out that Prime Minister Narendra Damodardas Modi’s government has not been able to defend the rupee as it went into free fall.

In 2014, when the Congress-led United Progressive Alliance government stepped down, the dollar rate to the rupee was Rs 58 (as per India Today).

Then PM contender Modi had taken digs at then PM Dr Manmohan Singh over the falling rupee at election rallies.

Today, with the rupee touching historic lows against the dollar, Modi has been mum on the subject.

“We have another vulnerability that is becoming big. And that vulnerability is — we have over the years accumulated foreign investments and debts of about $1.3 trillion. For that, you have to pay dividends or interest or something. This number has now reached about 30 to 35 billion dollars a year and this will grow in time to come as we will have more of investments and debts to cover up the current account deficit of this nature. Therefore, this will add to problems of our vulnerability in times to come,” warns Subhash Chandra Garg, former Union finance secretary and author of The $10 Trillion Dream, in the first of a two-part interview with Syed Firdaus Ashraf/Rediff.com.

Currencies of different countries behave in relation to the dollar depending upon the circumstances they are in and the kind of policy choices they make.

Therefore, every country’s experience in the last few months has been different from what India has experienced.

For example, European (currencies) have been the most adversely affected, including Turkey, but the euro has depreciated more.

Europe is facing the biggest crisis over energy supplies as the prices have risen very sharply (due to the Russia-Ukraine war).

These countries are beneficiaries because of whatever is happening in the global commodity supply disruption. And you look at a country like Japan where the yen is depreciating, but Japan is following the policy of monetary easing.

Japan does not care whether the dollar appreciates vis a vis the yen because they feel Japan is a net exporter country and it is beneficial to them for their currency to depreciate. And their currency has depreciated most against the dollar in recent months.

So, every country’s situation is different.

China is happy with a little bit of depreciation as they too are a net exporting country.

Therefore, I don’t think we should be drawing comfort in the fact that the Indian rupee has depreciated less than other currencies. How should one judge the situation of the rupee depreciating?

This despite spending over 60 billion dollars in a year (to strengthen the rupee) because there is a fundamental mismatch in India about the dollar demand for imports, debt repayments, supply of dollar by way of exports and some capital flows.

Since capital flows have dried up quite a bit and imports have surged, there is a net dollar deficit.

I think we should be judging our own situation and not drawing comfort or discomfort from what is happening elsewhere in the world to other currencies.

This dependence makes our trade account deficit shoot up in the situation which we are in at present.

We have a (dollar) surplus on the services and remittances side.

They cushion our current account, but we have another vulnerability that is becoming big. And that vulnerability is — we have over the years accumulated foreign investments and debts of about $1.3 trillion.

For that, you have to pay dividends or interest or something.

This number has now reached about 30 to 35 billion dollars a year and this will grow in time to come as we will have more of investments and debts to cover up the current account deficit of this nature.

Therefore, this will add to problems of our vulnerability in times to come.

We have usually managed the situation because on capital account we have had a considerable amount of (dollar) inflows in Foreign Direct Investment or Portfolio Investments. And then we had ECBs (External Commercial Borrowings) and non-resident deposits.

This has been substantial, but when situations like the present one arise where the foreigner believes that their returns on rupee asset is going to be much smaller than the returns on their dollar asset including the hedging cost, then instead of bringing foreign capital investments in the country they start selling.

And that is what we are seeing as foreigners sold $30 billion in investments in the last six months in Indian markets.

Debt is also being constantly sold.

Non-Resident Indian deposits too are showing some downward movement.

And to add to it, there is a lot of debt that has to be serviced in the current year.

Therefore, till the time the confidence of the foreigner (investors) does not return and unless we do not create the right kind of atmosphere for them to come back, we will have a much larger problem to cover the trade and the current account deficit. 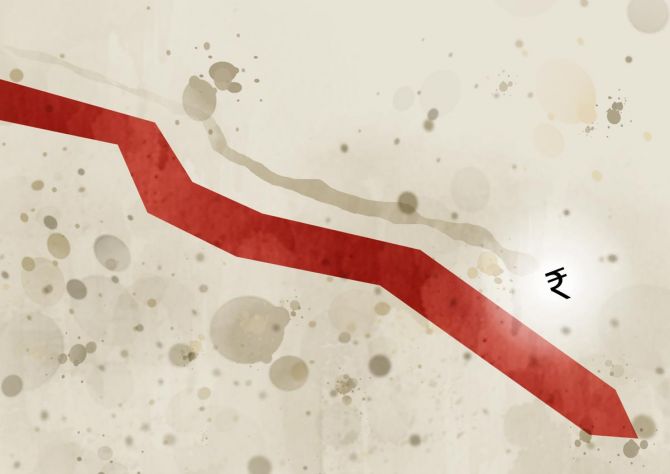 India has reserves of $572.7 billion at this moment. Is that not good enough to avoid any future problems? Can we be comfortable with this?

Reserves of this magnitude are a matter of comfort certainly in situations like we are in now. And that is what reserves are meant for.

By the way, we spent a lot of cost on accumulating these reserves and as you know, we hardly earn 1 percent or so on reserves, but the debt flow that came in which was used to create this reserve, India pays anywhere between 4 and 6 percent on it.

This is in a way insurance you buy by incurring such a large cost to maintain large reserves.

But if the situation goes from bad to worse, then these reserves will appear less comfortable than how they appear today.

If you lose $5 billion to $7 billion every week as has been happening in the last three weeks — I hope the situation does not keep going this way and sanity comes to external markets as well — but if it continues to go this way, then the situation of reserves will not be comfortable to ensure that the rupee does not fall drastically.