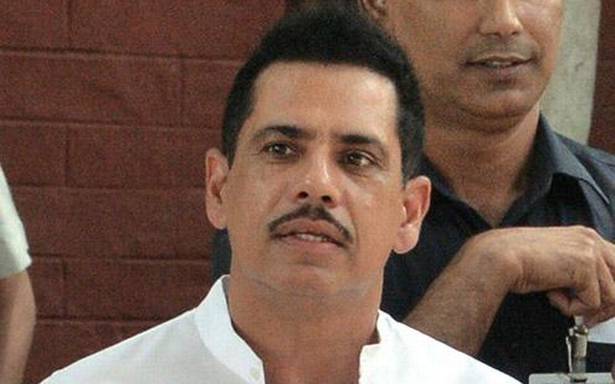 Mr. Vadra again questioned the timing, in the context of the ongoing farmers’ protest

The Income-Tax department recorded the statement of Robert Vadra, husband of Congress leader Priyanka Vadra, for the second consecutive day on Tuesday.

The I-T officials reached Mr. Vadra’s residence around 2.30 p.m. and left after about four hours.

Mr. Vadra again questioned the timing, in the context of the ongoing farmers’ protest. He told reporters he answered all the queries and would continue to cooperate in the probe.

On Monday, an I-T official had said Mr. Vadra’s statement was being recorded in connection with an investigation under the Benami Transactions (Prohibition) Act.