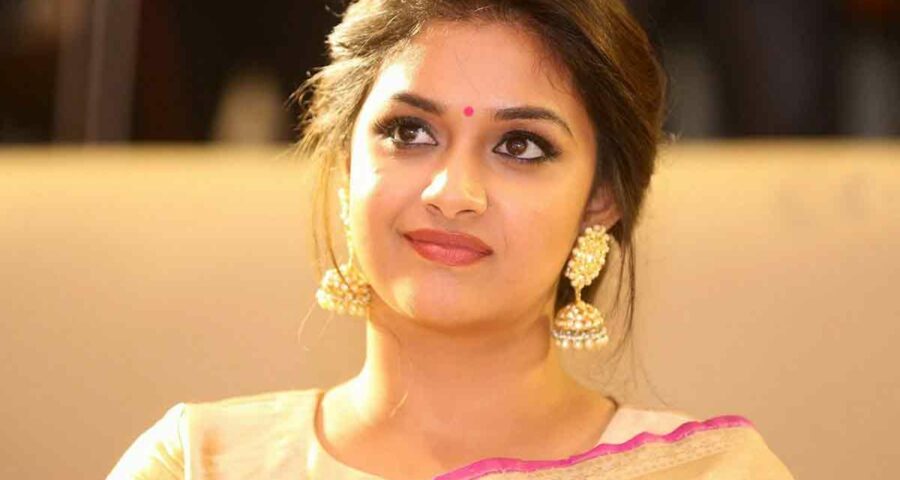 Telugu Superstar Mahesh Babu and National award winning actress Keerthy Suresh are coming together with an action, romantic and comedy movie Sarkaru Vaari Paata which is gearing up for the grand release on 12th May.  Recently during the media interaction, Keerthy Suresh revealed that she accidentally hit Mahesh Babu on his face while shooting a song.

Mahanati fame actress Keerthy Suresh added, “During the shoot of the final song for Sarkaru Vaari Paata, there was a co ordination error from my side, and I accidentally hit Mahesh  Babu sir on his face. I immediately apologized to him and he told me that it’s ok, there is nothing to worry about. But, I couldn’t hold myself and again went on to apologise thrice.: She added that Mahesh Babu took it in a lighter vein.

The  mesmerising chemistry between the lead actors in the songs and promos has already garnered immense praises from fans and looking at their equation,  the movie lovers are expecting it to be one of the biggest highlights of the movie.

Recently released trailer hinted that Sarkaru Vaari Paata is a commercial entertainer with a good dose of action and comedy. Mahesh Babu is playing the role of a loan recovery agent in this film which is helmed by Parasuram and it is bankrolled by Mythri Movie Makers whereas the music is scored by Thaman.