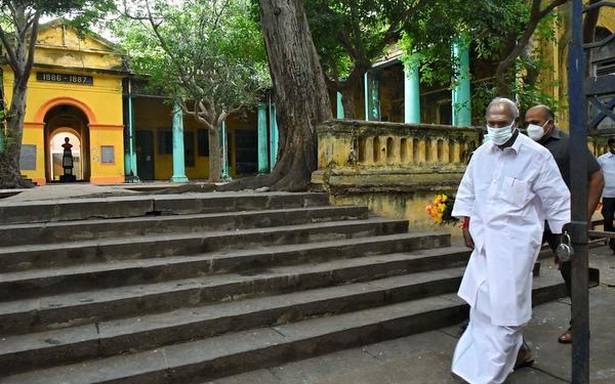 Chief Minister of Puducherry N. Rangasamy on Sunday said he was confident that the plea of the Union Territory for Statehood would be conceded by the Centre.

Addressing the inauguration of the Puducherry Print and Television Journalists Association here by Lieutenant Governor Tamilisai Soundararajan, the Chief Minister said, "We have been making a plea for full statehood to Puducherry. I am confident that the Centre will concede." He said the territorial government was implementing several schemes for the betterment of the journalists. "We will also consider the pleas presented earlier at the function on behalf of the association of journalists," he said.

Mr. Rangasamy asked mediapersons to report correct and confirmed information and said the government would always take steps to protect them. "The media’s role during the current drive against pandemic is laudable," he said.

Later, he honoured senior journalists by presenting them mementos.

Speaking on the occasion, Ms. Soundararajan said Puducherry was the first in the country to declare mediapersons as frontline workers. "We have shown the way to the rest of the country and have also vaccinated mediapersons to protect them against COVID-19," she said placing on record the pro-active role the press was playing here in combating the pandemic.

She honoured Health Department officials for their service in combating coronavirus.