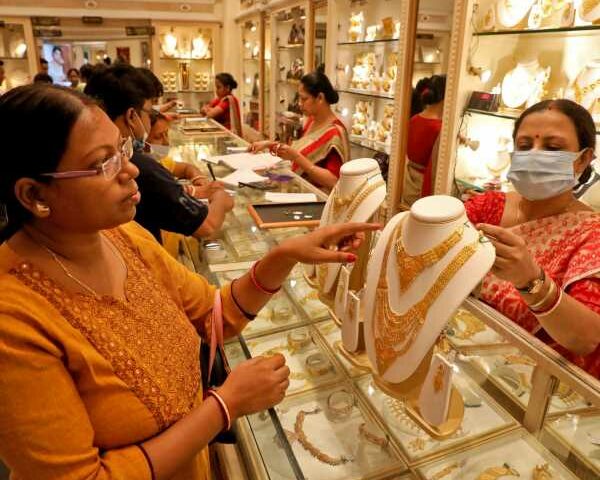 Given the prevailing uncertainties, investors must maintain a 10-15 per cent allocation to gold in 2023.

It has also beaten most debt mutual fund categories whose returns are less than 5 per cent YTD.

Its performance in 2023 will depend on how the inflation versus growth dynamic pans out globally.

The Russia-Ukraine war created geopolitical uncertainty. Supply bottlenecks caused by it and the covid-induced lockdowns in China led to inflation skyrocketing globally.

It rebounded again from November onwards, aided by two factors.

“With inflation turning milder, the pace of rate hikes is going to be slower in the future,” says Navneet Damani, head of research, commodities and currencies, Motilal Oswal Financial Services. When real rates are rising, money flows more to debt instruments than to a non-interest-bearing instrument like gold, and vice versa.

Gold is priced in dollars in the international market, hence its weakening is positive for it.

While gold’s YTD performance is flat in the international market, it is in double digits in India. One factor that has made the difference is the rupee.

“It has depreciated significantly against the dollar,” says Patnaik.

This was the result of strengthening of the dollar and the pressure on the rupee caused by India’s growing trade and current account deficit.

The rupee has depreciated 11.4 per cent against the dollar YTD (matching gold’s YTD performance).

According to Mehta, the increase in customs duty on gold by the government in the Budget also boosted its return in India.

Gold will shine if economy falters

After the recent run-up, Damani expects gold to remain range bound in the first half of the year.

But it could move up again in the second half.

“Our base case scenario is that global economic growth will slow down. Even a recession is a possibility in 2023. Western central banks will then be forced to pivot. Not only will they stop hiking interest rates, they may even start cutting rates and infusing liquidity. Such a scenario could lead to repricing of gold in the second half of 2023,” says Mehta.

In earlier crises in the recent past, a lot of flows went into dollar and crypto currencies.

“This may not get repeated if the dollar index continues to weaken. And given cryptos’ poor performance in the recent past, investors are likely to favour gold as a safe-haven asset,” says Patnaik.

It is also possible that inflation may soften and global economic growth may not deteriorate much.

The world economy would then achieve a soft landing. Gold would languish in such a scenario.

Says Mehta: “Historically a soft landing has proved difficult to achieve. Hence the possibility of this scenario panning out is lower.”

Given the prevailing uncertainties, investors must maintain a 10-15 per cent allocation to gold in 2023.

“Our analysis shows that having this level of allocation doesn’t compromise portfolio return but reduces risk significantly,” says Mehta.

If you don’t have this level of allocation, use the next few months’ range bound prices to build allocation.

Lump sum investments may be made for small amounts.

For large allocations, which have to be made over a period of time, use the systematic investment plan route.

Invest in gold exchange traded funds and gold funds if you desire liquidity.

Investors who can tolerate a long lock-in should opt for sovereign gold bonds.