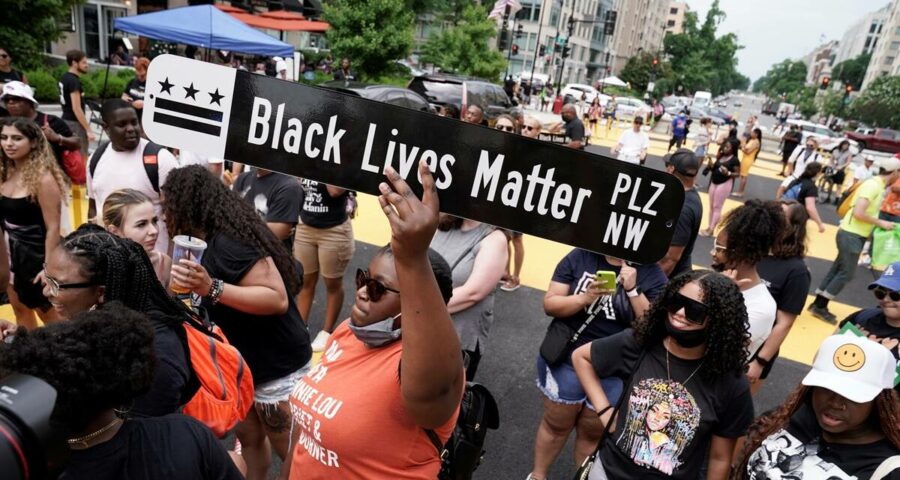 Anti-LGBTQ legislation, police brutality against Black Americans, violence against Asian Americans and the recent efforts to restrict voting access have all prompted strongly worded statements from some of the nation’s most prominent business figures. In one case, hundreds of them signed a letter together. Over the past few years, CEOs have taken a stance on a variety of issues that previous generations of business leaders might have avoided altogether. Some have pledged money or reassessed their firm’s political giving. Mostly, though, they have written and signed countless public letters.

Anti-LGBTQ legislation, police brutality against Black Americans, violence against Asian Americans and the recent efforts to restrict voting access have all prompted strongly worded statements from some of the nation’s most prominent business figures. In one case, hundreds of them signed a letter together.

It can be easy to dismiss the significance of a letter as a tool of change. A signed statement is, quite literally, all talk, and it doesn’t guarantee any further action. But these letters also mark a shift in the relationship between companies and their employees and customers, and in the scope of the role that CEOs are expected to play in the social and political landscape.

“The tipping point really was the 2016 election,” said Meike Eilert, who researches company and consumer behavior, most recently at the University of Kentucky.

As politics were becoming more divisive, Gen Z was entering the workforce and gaining power as consumers. “Digitally native generations, but especially Gen Z, put a lot of pressure on companies to stand up and demonstrate their values,” she said.

The nature of the issues at the core of these conversations has also changed. Recent CEO letters against voting legislation, for example, are a case not of demanding change but of speaking up for democratic rights enshrined in law decades ago.

“What you’re seeing is CEOs holding the center,” said Michael Toffel, a professor at Harvard Business School who studies CEO activism. Ten years ago, securing voting rights would not have been considered a “liberal” thing, he said, adding: “It would have been kind of an American thing.”

So why turn to an open letter? Companies want to balance the shift in consumer and employee expectations with pressure from investors, who have historically tended to frown on any efforts that could divert resources from shareholder value. Writing a letter is a relatively safe way to do that, suggested a paper in the Journal of Marketing last year. Signing a group letter is even safer.

The research analyzed the impact of corporate activism on company value. It found that investors tended to be more critical of actions (such as pulling products or canceling events) than of statements; of companies that acted alone rather than as part of a coalition; and of political stances that clashed with those held by a significant proportion of customers (for example, Walmart’s 2015 decision to halt sales of merchandise featuring the Confederate battle flag).

There was one important exception to the disdain that investors often have for CEO activism: If the social stance advances business interests, they’re far more likely to be on board.

For that reason, Nooshin Warren, an assistant professor of marketing at the University of Arizona and co-author of the paper, anticipates seeing even more of these public statements, she said. The more consumers come to expect businesses to weigh in on issues that matter to them, the more investors will see such activism as an extension of company interests and not a diversion from them.

Consumers and employees “do not accept silence as neutrality anymore,” Warren said.

Companies that make statements are also responding to their competitors’ activism, she said. “If you talk and I stay quiet, my silence now seems like I’m on the other side,” she said.

The more interesting dichotomy in the future may be between companies that speak out on behalf of values they actually hold and those that just cannily adopt the position their consumers hold.

“One of two things need to happen: Either you need to be authentically values driven or you need to be really good at knowing who your consumer is at every moment and make sure that you don’t keep changing your strategy, because then people will see that this is just fake,” Warren said. “And that will definitely backfire.”

Most research on corporate activism focuses on its effect on the company: whether it alienates investors, generates brand loyalty or sparks boycotts. There isn’t as much insight into the power a letter has on the issue it addresses.

The most important thing a letter does is publicly commit the individual or company to change, said Malia Lazu, a lecturer at Massachusetts Institute of Technology’s Sloan School of Management and head of the Lazu Group consulting firm. A signed statement of a CEO’s commitment to an issue, she said, “gives people who want to hold corporations accountable an IOU.”

The public commitment is a reason some CEOs shy away from such statements, and some aren’t yet willing to go beyond words.

Several companies that were asked to sign an April statement in support of voting rights requested that the letter omit a sentence that committed them “to oppose any discriminatory legislation or measures that restrict or prevent any eligible voter from having an equal and fair opportunity to cast a ballot.” (The organizers, Kenneth Chenault, a former CEO of American Express, and Merck CEO Kenneth Frazier refused to do so, and several of the companies that objected to the line signed the letter anyway.)

Words matter because consumers and potential employees are paying attention to whether companies keep their promises. A year after companies flooded social media with nominal shows of support for Black Lives Matter, many activists have taken note that these promises haven’t resulted in action.

U.S. companies have pledged about $65 billion toward racial equality since last year’s demonstrations, including donations to civil rights groups and investments in training programs for employees of color, according to Creative Investment Research, a consulting firm in Washington. Only $500 million has been spent so far, said firm founder and CEO William Michael Cunningham, who is an adjunct professor at Georgetown University.

In May, Cunningham submitted a petition to the Securities and Exchange Commission requesting a rule requiring companies to disclose their activity surrounding their Black Lives Matter pledges.

Without a rule, “can you really trust corporations to report honestly what they’re doing in this controversial area?” he asked. “We say no.”

It’s hard to say whether this sort of scrutiny will lead companies and their investors to embrace corporate activism beyond letter writing.

“Some companies are trying, but it’s hard to turn a ship,” Lazu said. “I’d say let’s see what companies do in this next year, now that the shine of them making these promises has worn off.”

Consumer attempts to punish companies for their leaders’ political beliefs are often negated by extra support from customers who approve of the position. Nike’s decision to make quarterback and social activist Colin Kaepernick a brand ambassador may have prompted some angry customers to burn gear they had already bought, but it ultimately boosted both sales and the company’s reputation with consumers. Punitive acts from a more organized opposition, such as the Georgia legislature’s proposal to strip Delta Air Lines of a multimillion-dollar tax credit in the state, could have a greater effect and even put the brakes on CEO activism, said Toffel, of Harvard Business School.