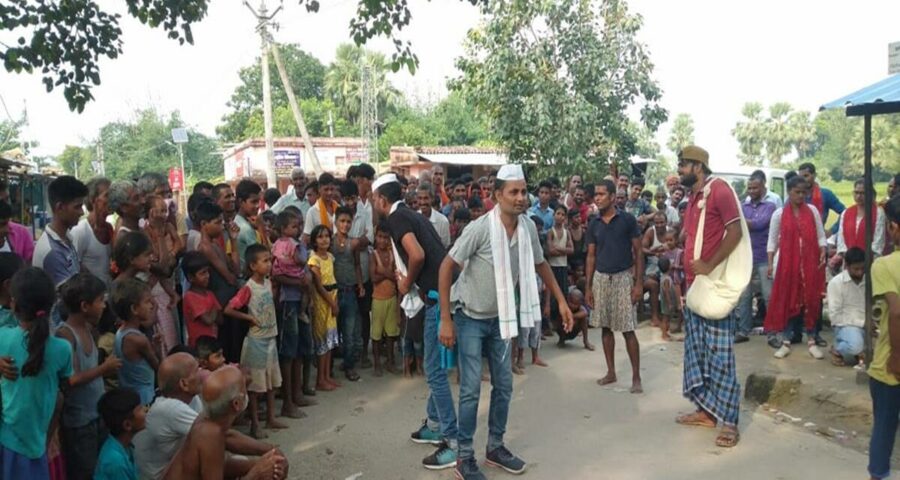 Dalits in Bihar have a high population and political mobilisation. And yet, their writings are yet to attain 'mainstream' popularity, with both causes and consequences linked to caste. Two things have happened recently. Delhi University has dropped from its English syllabus two Dalit authors, triggering widespread buzz and backlash. And the National Crime Records Bureau has released its 2020 data, listing, among other things, crimes against Scheduled Castes (SC) in India.

Bihar, the state with the third largest SC population in the country according to the 2011 Census, features prominently in the second, and is conspicuous by its absence in the first. In the latest NCRB figures, the state saw the second highest number of crimes against Scheduled Castes in the country. The DU episode led to a conversation about Dalit writing in India, but few authors from Bihar were among those cited.

So what is happening with Dalit literature in Bihar? In a populous state with politically mobilised lower castes, why is subaltern literature yet to attain popularity, and what are the consequences of this limited visibility?

“In the 21st century, in this age of panopticon visibility, a large section of Dalits in Bihar are living and dying in darkness,” says Richa, 29, a Hindi literature graduate from Magadh University in Bodh Gaya, who did not want to give her full name. “My surname makes my caste apparent. But I am speaking simply as a person who has lived and studied in Bihar, and I can tell you this – savarnas and some dominant OBCs don’t even know a lot of words used by Dalits. Their language, way of life, folk tales, lived experiences are undocumented, and hence conveniently invisible,” she adds.

This lack of documentation stems from exclusion at various levels. According to the 2011 Census, over half the SC population in Bihar can’t read or write – the overall literacy rate of SCs is 48.6 per cent, with the literacy spread non-uniform across the various scheduled castes in the state. Those SCs who do manage to complete college-level education speak of bias and discouragement in academic spaces.

Among the prominent Dalit literary voices in the state is Budh Sharan Hans, 79, who retired as a Deputy Collector in the Bihar government, has written short stories and essays, and has been publishing a monthly magazine, ‘Ambedkar Mission’, for close to three decades now.

Sharan says when he was in college, the atmosphere towards Dalit writing was hostile. “I was born in village Tilora in Wazirganj to a lower caste family in 1942. After school, I would spend my time tending to cattle; that too, not my own cattle. I was among the few Dalits then to make it to a masters course. For the MA in Hindi literature degree from Magadh University, I was supposed to submit a dissertation. Most students chose topics related to mythology, ‘the portrayal of nature in Sumitranandan Pant’s poetry’, etc. These subjects meant nothing to me.

I decided to write about the vocabulary used by lower castes – what the various tools of a cobbler are called, what a barber calls the bag he carries around with his equipment. My professor, a Brahmin, was livid. I remember, he asked me, ‘You expect me to talk to lower castes to verify what you write!!’. These were the people who controlled, and to a large degree still control, the world of publishing and writing. You can imagine how much they will encourage Dalit literature,” Sharan says.

Over the years, the empowered lower castes have made efforts to make reading accessible within the community. Sharan runs an initiative called the ‘jhola pustakalaya’ (library in a bag). “We put say 20 books, of fiction, philosophy, Amedkarite writings, in a bag, and leave the bag in some SC settlement. After that neighbourhood has read its fill, they return the ‘jhola’ and we pass it to some other area. Literary spaces try to keep us out. So we are taking literature to our spaces,” he says.

Other authors say things have improved in the past 10-20 years, but a lot more needs to be done. 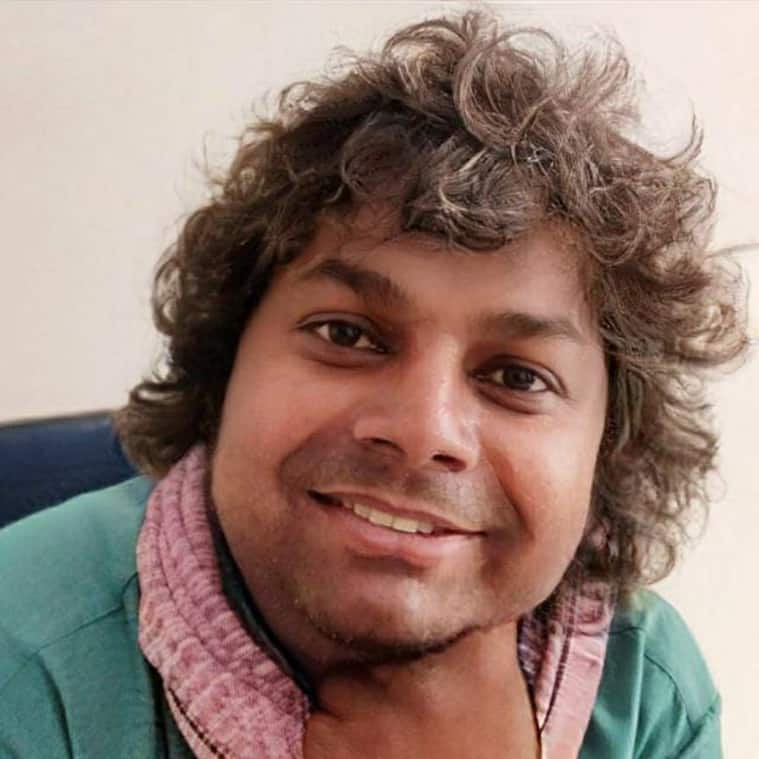 Karmanand Arya, author and Assistant Professor of Hindi at Central University of South Bihar, Gaya, says while a Dalit author will now find it easier to be published, recognition and representation are far away. “Bodies like Sahitya Akademi are still out of reach for us. The Dalit authors they do promote are mostly based around New Delhi or have connections there. There has been a lot of output of Dalit writing in Bihar in the past few years, but you can hardly find anything online, thus limiting accessibility. Few Bihar-born Dalit authors are taught in the state’s universities. A lot of Dalit writing is about their own experiences, which don’t show upper castes in a great light. This is walled off as ‘autobiographical’ and thus not ‘great’ literature,” Arya says.

Arya has edited a volume of short stories by fellow Dalit author Vipin Bihari, and is working to publish other subaltern writings in collected volumes.

Regarding representation in state university syllabi, Prof Uday Raj Uday of Women’s College, Khagaul, says the selection process needs to improve. “At present, there’s no standard syllabus being taught across Bihar; universities draw up their own. So it does happen that the personal preferences of those deciding the syllabus sneak in. However, now there is talk of the government standardising the syllabus somewhat, and that may prove to be more inclusive,” he says.

There are others who say literature as a whole, and not just Dalit literature, is not doing too well in Bihar. Ramesh Ritambhar, professor, Ram Dayalu Singh College in Muzaffarpur, says, “The reading culture itself in Bihar leaves much to be desired. Except for some popular English authors like Chetan Bhagat and Amish Tripathi, people aren’t exactly queuing up to buy any book of fiction. We do teach Dalit literature at university level; there’s an entire section called Dalit Chetnakhand. But if you ask why few great, well-recognised Dalit authors have emerged in Bihar, you need to understand that writing as a profession does not pay living wage. More and more Dalits are getting educated, but they go into engineering, government service, professions that can improve their living standards.”

Musafir Baitha, another Dalit author and recipient of Bihar’s Navodit Sahityakar Puraskar (an award for budding writers) in 1999, says this is where the need for government and institutional support most comes in. 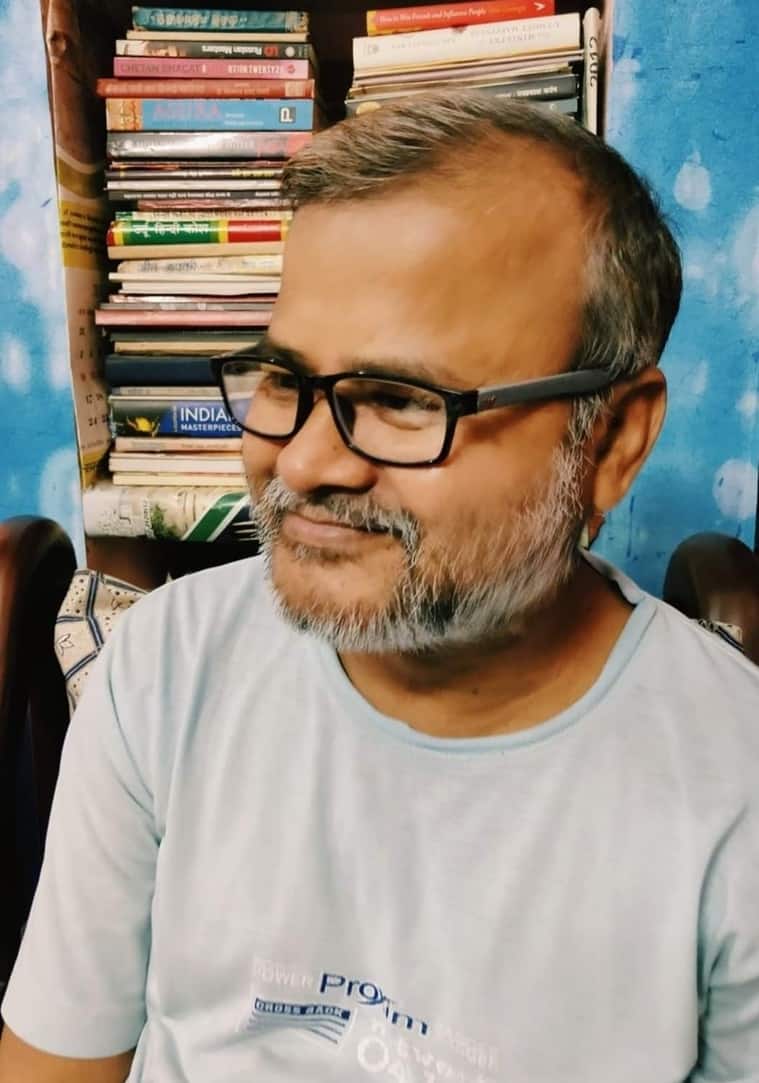 “The Bihar government gives publishing grants of upto Rs 3 lakh to new authors in Hindi and Urdu annually, and it also has an award for notable work in Hindi, for which authors across the country are eligible. But more targetted schemes can help Dalit writing. Also, the concept of publishers approaching authors and paying them royalty is pretty much absent. It is the authors who approach publishers, whose role is to just print the books. There is no question of publicity tours and talks. Also, teaching of Dalit literature in classrooms is still largely perfunctory. Teachers who are not from these castes have no idea of our lived realities, and not much will to learn.”

Baitha’s PhD was on Dalit autobiographies in Hindi. He and Karmanand Arya have also curated a Dalit poetry collection of Bihar and Jharkhand.

Sharan says it is just as well that Dalit literature has stayed away from big publishing houses. “If a mainstream publisher is selling my book, he will price it prohibitively; the book will become unaffordable for half the Dalits in the state,” he says.

But why, despite having a strong voice politically, has the Dalit community still not formed a significant “mainstream” market? To this, Baitha says votebank politics doesn’t sit well with reform. “To inculcate a strong reading culture, the community needs a social shake-up. They need to be told that ‘this too is for you’. But Dalit politics in Bihar is still limited only to identity assertion.”

Uday Raj points out “Dalit” in Bihar is not a monolith. “The community is fragmented into scores of sub-castes. Governments have come up with schemes targetted for specific sub-castes, with electoral gains as the guiding principle,” he adds.

There are yet others who say publishing and recognition to published authors is just half the battle. “A whole treasure trove of Dalit stories is in the performing arts, it is orature. And this is not documented at all. Increasingly, theatre artistes request that I put their videos online. They have understood this is their only avenue of documentation,” says Jainendra Dost, filmmaker who runs the Bhikhari Thakur Repertory Training & Research Centre in Chhapra.

“Stories like Reshma and Chuharmal (love story of an upper caste woman and Dalit man), the legend of Raja Salhesh (a Dalit folk hero) are still performed in villages to great applause. But the upper castes consign them to the box of “folk art”, which is not “great literature”. Also, Dalit dialects are different from what the Savarnas speak. But these dialects are not considered worthy of being called literary. Basically, whatever is different from savarnas is inferior,” Dost says.

What this exclusion has ensured is while the voices of a certain section go unheard, the oppressive practices of the other section escape scrutiny.

“Literature is supposed to be the mirror of life. Well, in Bihar, this mirror is fogged and miserly. The lives, experiences, entire existence of some sections are yet to be reflected clearly in it,” Arya says.