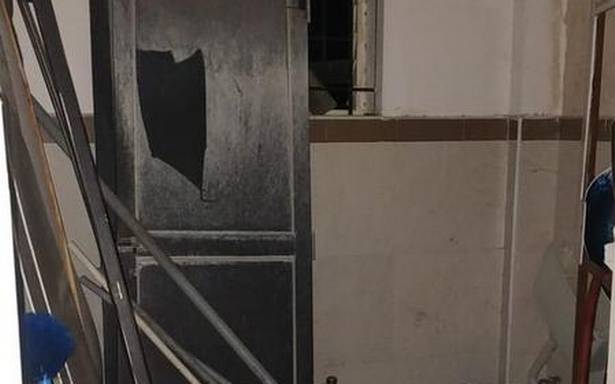 The house surgeons said their living quarters and the food they were given were bad, and were adding stress to their workload in the COVID-19 ward

House surgeons in Government Tiruvannamalai Medical College and Hospital (GTMCH) claim that the facilities in their quarters, including toilets and food, are poor. Since many of them work in the COVID-19 isolation ward, they say they are stressed due to these problems when they return after each shift.

There are 110 house surgeons undergoing the Compulsory Rotatory Residential Internships in the current batch at GTMCH. Out of them, at least 15 work in the COVID-19 isolation ward. “All of us stay in quarters. There are four floors in the building and each floor has two toilets. However, on each floor only one toilet is working,” said a house surgeon He said that the flush of the toilets, commodes and even doors are broken and they are not cleaned properly. “As many people on each floor are forced to use the same toilet, we are frightened of contracting the virus even if one intern is asymptomatic. We have been complaining to senior officials, but they have not taken any action,” he said.

Another allegation is that the food in the quarters is not good. “We had a student mess, but last year it was stopped, and now the mess is being run on a contract basis. The food doesn’t taste good and initially, all of us faced stomach problems. There has been no action on complaints pertaining to this issue too,” he added.

The interns also alleged that there were other problems including overflowing sewage. “Each hosteller has given ₹20,000 as a deposit while joining the college. They can use this amount to address the infrastructure problems. Instead they are building a basketball court during this pandemic,” added another intern.

The interns claim that they are already under immense stress, working in the general ward or in COVID-19 isolation wards. “We at least need basic amenities so that we can rest properly and get ready for the next shift. The government has to look into this,” added the house surgeon.

GTMCH dean Thirumal Babu was not available for comment. Tiruvannamalai Collector Sandeep Nanduri said the house surgeons needed to first approach their dean, and that further to that he would consider the matter.