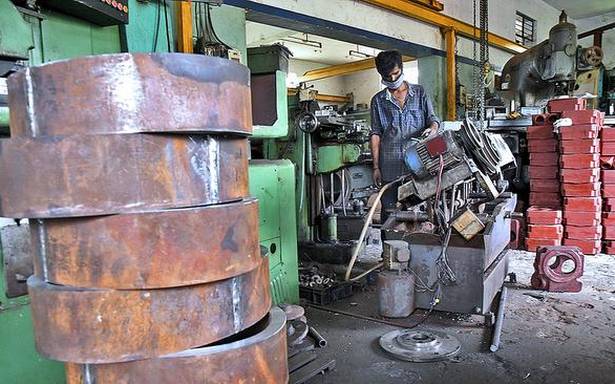 With no signs for raw material prices reducing, Micro, Small and Medium-scale Enterprises (MSMEs) are seeing demand slowing down.

This was mainly because high raw material prices had affected the market sentiment.

Coimbatore Tiny and Small Foundry Owners Association president A. Shiva Shanmughakumar said there was a 40 % hike in raw material prices in the last six to seven months. Larger industries were seeing their profits taking a hit because of this and they did not want to place orders now.

“There is a drop in demand. Though migrant and domestic workers are returning to factories slowly, if the demand had picked up, the foundries would have faced labour shortage. But the units are able to manage now because the orders are low,” he said.

According to P. Nallathambi, president of Coimbatore SIDCO Industrial Estate Manufacturers Welfare Association, just about 60 % of workers have returned. But, orders are not increasing and this is affecting industries.

“We are not feeling the impact of worker shortage because orders have slowed down,” he said.

J. James, president of Tamil Nadu Association of Cottage and Tiny Enterprises, said just about 65 % of workers had returned. There was no support from the government and the MSMEs were facing financial stress on different fronts.

There were reports of a survey of micro and SME units in the city and it was said that the units were asked to share GST numbers too. There were also reports of MSMEs asked to pay VAT dues. These were all affecting the units, he said.