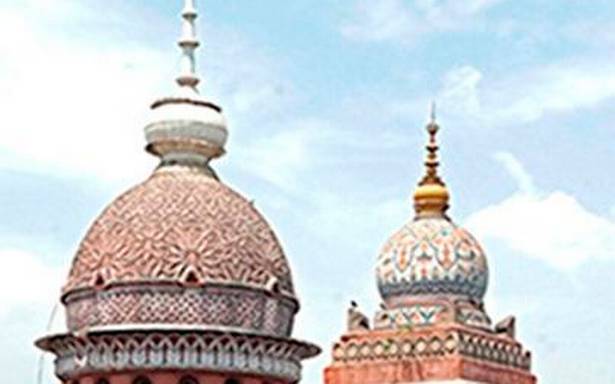 A Division Bench of the Madras High Court has refused to grant an exparte interim stay on an order passed by a single judge, permitting a 16-year-old girl to write the National Eligibility-cum-Entrance Test (NEET) without insisting upon the completion of 17 years of age as on December 2021.

Justices M.M. Sundresh and S. Kannammal said no order of interim stay could be passed without ordering notice to the student on the writ appeal preferred by the National Testing Agency (NTA) on the ground that underaged candidates cannot be allowed to join medical colleges.

The appeal had been preferred against an order passed by Justice B. Pugalendhi, who had permitted 16-year-old SP. Shree Harini to write NEET 2021 for undergraduate medical admissions, despite the National Medical Commission (NMC) having rejected her plea to relax the minimum age. “People should go to university and college when they are ready, not when they are old enough to go,” the single judge had said, referring the writ petitioner to the National Institute of Mental Health and Neuroscience (NIMHANS) in Bengaluru for testing her intelligence quotient (IQ).

If NIMHANS finds her fit to write NEET 2021, then she must be allowed to sit for it, the judge had said. The order was passed after it was brought to the court’s notice that even at the age of two years and eight months, the petitioner had a superior IQ of 169, and her mental age then was assessed to be that of a four-years-and-six-months-old child.

She was given double promotion during her school days, and was hence able to complete Class XII at the age of 16 this March. Anticipating trouble in appearing for NEET 2021, she made a representation to the Union Ministry of Health and Family Welfare in July 2019 itself, seeking relaxation of the minimum age of 17 required to appear for NEET.

The Ministry forwarded her representation to the NTA, but the latter rejected the plea on August 22, 2019, on the premise that candidates below 17 years of age could not be permitted to appear for NEET in view of a specific bar under the Graduate Medical Education Regulations of 1997.

When the rejection order was challenged, Justice Pugalendhi cited instances of Belgian child prodigy Laurent Simons having become the second youngest person in the world to complete graduation at the age of 11 and that of Indian American Tanishq Abraham who became a biomedical engineering graduate at the age of 15. As far as Ms. Harini was concerned, she would be four months and five days short of completing 17 years this year. Since she has a very high IQ, “this court is of the view that her candidature can be considered and she can be permitted to sit for NEET. In fact, she is asking for a chance to appear for the entrance examination and not for a seat in a medical course straight away,” the single judge had observed.

When the matter was taken on appeal, the Division Bench, led by Justice Sundresh, also prima facie felt that talent must be recognised irrespective of age. The senior judge said that even in the legal profession, many young lawyers were found to be highly talented and were being encouraged by the judiciary.

When counsel for the NTA stated that registration for NEET was being done online and the software would not accept applications of candidates below the age of 17, the judges said no interim orders could be passed in the absence of the writ petioner. They simply admitted the appeal and ordered notice to the student.