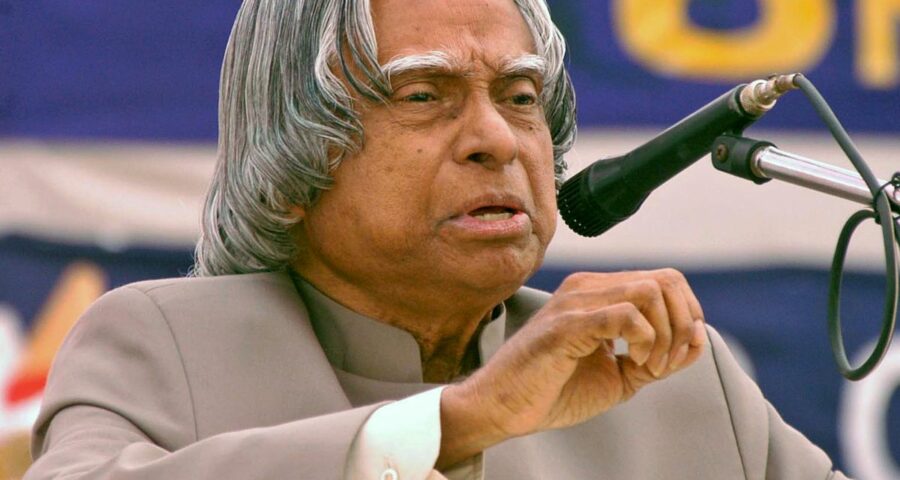 ‘He always used to say, ‘I have taken up this post to preserve, protect, and defend the Constitution and I will do it during the time I am here’.’

President Ram Nath Kovind’s term in office ends next month, and a new President will be elected on July 18, 2022.

Draupadi Murmu, India’s likely next President, has many distinguished Presidential predecessors to take her cues from for her term in office. None perhaps more inspiring than the ‘People’s President’, A P J Abdul Kalam.

Rediff.com‘s Shobha Warrier spoke to S M Khan, the distinguished bureaucrat who served as President Kalam’s press secretary, about his recollections of the Kalam Presidency.

The concluding segment of a two-part interview:

With his attitude, he must have won the heart of all the people working there…

Every single person working there loved him. For everyone, right from the secretary to the peon, working with him was a different kind of an experience.

Interestingly, Dr Kalam treated everybody so well that every person felt he was very close to him. He made each person feel special.

Another important part of Dr Kalam’s personality was that whenever he introduced us, he never used to say, he was this officer or that officer; he would say, this is my colleague.

He was such a great person that not even once I had heard him say, my press secretary or my PA would do this. He would say, my colleague would do it.

Even when we went abroad, he introduced all of us as his colleagues.

These are very small things, but it shows the character of the person and how he treats other people.

Thousands of students used to visit him every month and he used to interact with each and every student.

In fact, when he became the President, he had told me that his target was to meet at least 5 lakh students personally during his tenure.

And I was asked to keep a record of that.

Actually, he met more than 5 lakh students from various schools and colleges from all over India in those 5 years.

He met them not to sign the autographs or let them take pictures, he wanted each interaction to be meaningful.

He would tell the students, ‘You ask any question to me, I will answer’.

He was of the opinion that when they went out after meeting him, they would have learnt something. 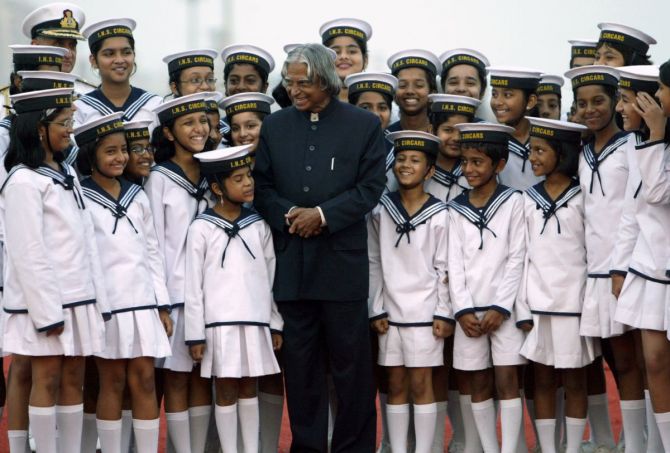 What do you remember about the travels you had with him outside India?

An interesting thing was, whenever he met intellectuals or political leaders or academicians, he would have a power point presentation for them.

He worked hard to prepare the power point presentations.

I will never forget our visit to Switzerland. The government over there had declared it as Science day as a scientist president was visiting their country.

They had arranged a function in his honour in at the Zurich Institute which had the distinction of producing a large number of Nobel Laureates.

The Institute also invited many Nobel Laureates to the function, and 20 of them attended the function.

Dr Kalam addressed them with a power point presentation.

And once it was over, all those Nobel laureates gave him a standing ovation! That was the kind of respect he got from the scientific community even outside India. I will never forget that moment.

What aspect of his personality made people love and respect him so much irrespective of where they belonged?

The very fact that he was a very simple person and very inspirational. He was extremely popular among the youth of India.

In fact, the Government of India had awarded him a Bharat Ratna before he became the President.

He had no material possessions; no house, no car, no property, nothing.

That was the first time in my life that I was meeting a person who did not own anything.

He was not there to earn money, position or power; he genuinely wanted to do a lot for the country, but never expected anything in return.

People believed in his vision of making India a developed country.

It was his mission to make India a developed country.

After he became the President of India, he used to say, ‘Now that I am the President, I will be able to market India to the world in a better way’. What was his approach while dealing with politicians and political matters?

As far as government matters were concerned, he made his decisions totally on merit.

He was not influenced by any considerations.

I have seen him scrutinising in detail all the government proposals that needed the President’s approval, and assessing them like a professional.

If the proposals were against the Constitution or law, he had no hesitation in disagreeing with the government.

You may remember him returning the Office of Profit bill without signing though all the parties together had passed the bill in Parliament.

He did so as the Constitution says that an MP cannot possess any office of profit.

Similarly, there was a bill on the disqualification of Members of Parliament for not declaring what was stipulated by the Election Commission at the time of filing their nomination.

This rule by the EC came during his tenure when the NDA under Atal Behari Vajpayee was ruling the country.

Even though all the parties came together and wanted the rule to be struck down, he did not agree.

The credit must go to Dr Kalam that the ordinance which was brought in by the Election Commission in 2002, is continuing even today.

One thing he always used to say was, ‘I have taken up this post to preserve, protect, and defend the Constitution and I will do it during the time I am here’.

You should also remember that he worked with both the NDA and the UPA.

He might not have been a politician, but he did not sign everything that came to him. Do you think India would ever get a President like Dr Kalam?

I don’t know. I can’t say about that. Anything can happen.

But when he passed away, many people said, he was a President for life!