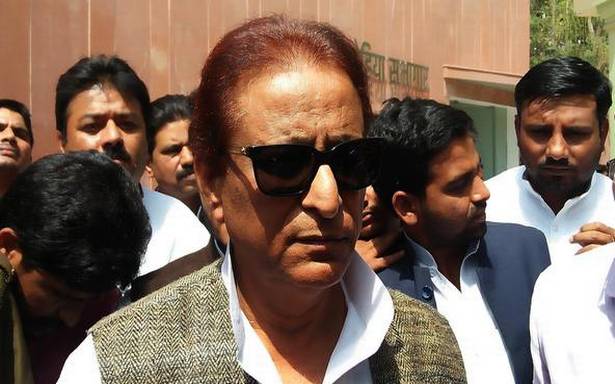 Khan is currently undergoing treatment at a private hospital in Lucknow after he tested positive for coronavirus.

The Lucknow Bench of the Allahabad High Court on Friday rejected the anticipatory bail plea of Samajwadi Party MP Mohd Azam Khan in connection with appointment of 1,300 engineers, clerks and stenographers at Uttar Pradesh Jal Nigam during the previous regime.

The recruitment was carried out when Khan was the Urban Development Minister.

Khan is currently undergoing treatment at a private hospital in Lucknow after he tested positive for coronavirus.

Passing the order, Justice Rajeev Singh said Khan is already in judicial custody in the case as he was served a warrant on November 19 last year in the Sitapur jail and as such the anticipatory bail plea was not maintainable.

The bail plea was moved by Khan’s lawyers Kapil Sibal and IB Singh. Additional Government Advocate Santosh Kumar Mishra opposed the bail plea, arguing that the court concerned had sent a warrant to Khan in the Sitapur jail and it was served on him the next day.

So, he is already deemed to be in judicial custody in the case, hence, his anticipatory bail plea is not maintainable, the lawyer said.

At this, Khan’s lawyers submitted that if he is deemed to be in judicial custody, he must be entitled to default bail because the charge sheet in the case was filed on May 25 this year, after 90-day period from November 19.

The court said Khan may move the appropriate court for default bail and that the same cannot be considered by the HC at this stage.