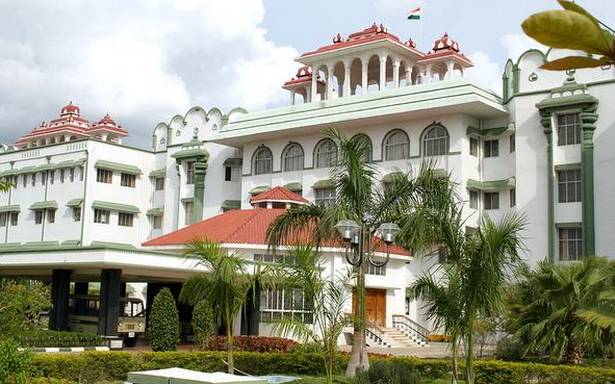 An unborn child is also a person… if a choice is given to the foetus, it would definitely proclaim that it does not wish to be born, observes the judge

Taking cognisance of reports by medical experts, the Madurai Bench of the Madras High Court has permitted the termination of pregnancy of a 15-year-old girl from Virudhunagar. The court also ordered that a monthly maintenance of ₹5,000 be paid to the girl for 36 months.

The court was hearing the petition filed by a woman who sought the termination of the pregnancy of her niece. The girl had lost her father in 2012 and was looked after by her aunt and uncle as her mother was of unsound mind.

It was said that the girl had come in contact with a man, later identified as a history-sheeter. He is said to have enticed the girl into a physical relationship and she had become pregnant as a result. The gestation period was 10-11 weeks.

Permitting the termination of the pregnancy, Justice G.R. Swaminathan observed that while we do celebrate life, the foremost spiritual prayer is that there should be liberation from the cycle of births and deaths.

The court must put itself in the shoes of the unborn child and objectively decide if coming into this world would be in its best interest. An unborn child is also a person. In the case on hand, the father of the child has been shown to be involved in a host of criminal cases, some of which are very grave in nature, the judge said.

The judge observed that the minor girl was aged 15 years and she was not in a position to maintain herself. She had cried before the court that her uncle should take her back home. Though the minor might have accompanied the accused on her own volition, technically what has been committed is an offence under the POCSO Act.

If a choice is given to the foetus now in the womb of the minor, it would definitely proclaim that it would not wish to be born. “I am however spared the trouble of taking such a harsh decision, by overruling the stand of the minor because she had changed her mind in the meanwhile. She told me during video conferencing that she had agreed for the termination of the pregnancy,” the judge said.

The court said that of course the pregnancy of the minor girl cannot be terminated without the consent, in writing, of her guardian. The judge directed the sample of the foetus be preserved for carrying out a medical test for the purpose of the criminal case.

The case has to be fast tracked, the judge said. After the uncle of the girl, who initially refused to take her back, agreed to take her home after four weeks, the judge ordered the girl be given shelter in a welfare home till then.