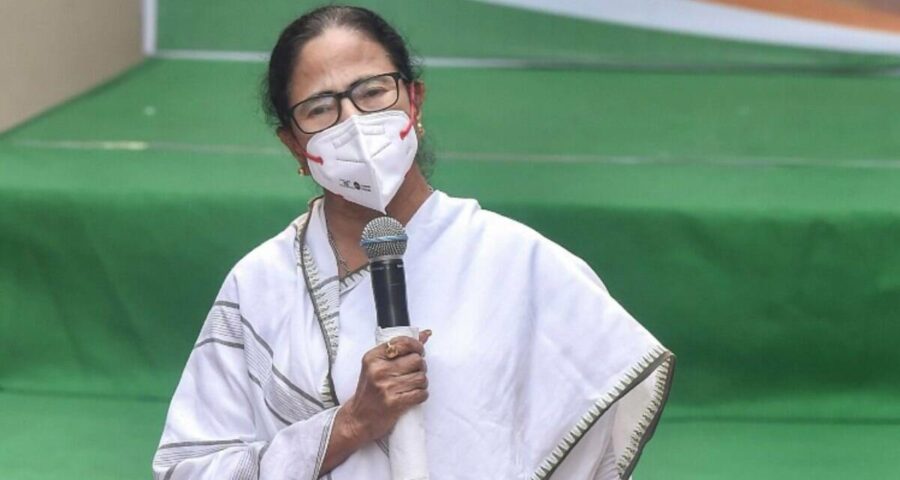 Banerjee tendered her resignation to West Bengal Governor Jagdeep Dhankar, and is scheduled to take oath on May 5. Earlier in the day, she met the newly elected members at Trinamool Bhavan where she was elected the leader of the legislative party. 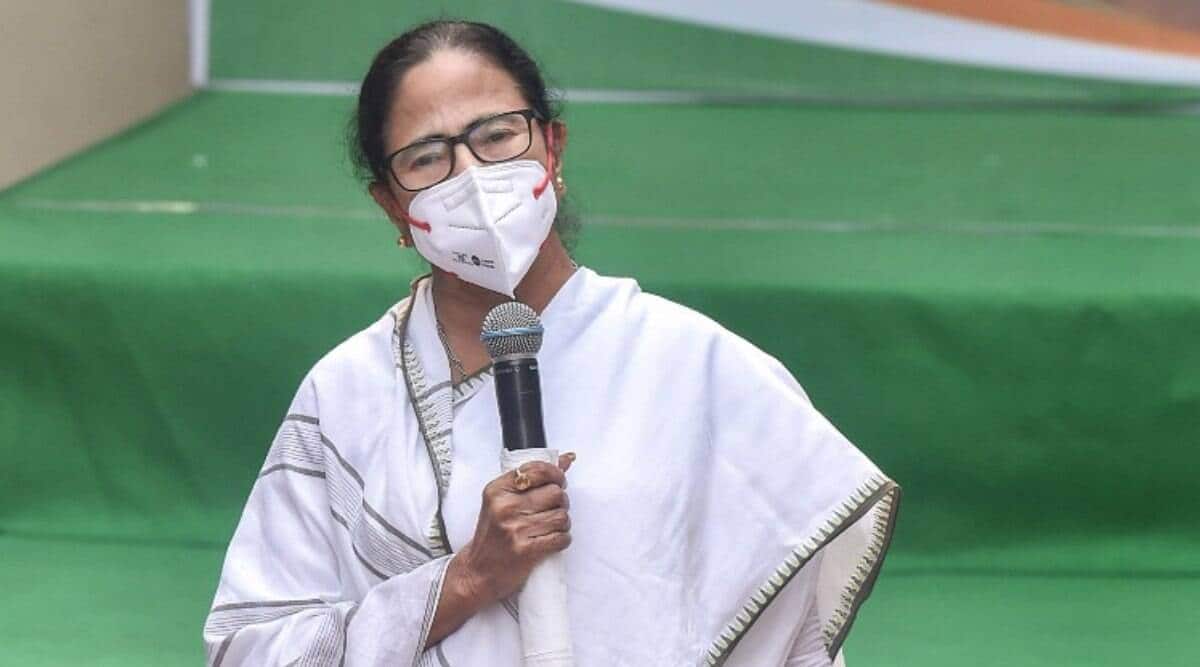 A DAY AFTER sweeping the Assembly elections with a landslide victory and returning to power for the third consecutive term, Trinamool Congress Chief Mamata Banerjee said fighting and defeating Covid were her top priorities now, and demanded that the Centre provide free mass vaccination throughout the country.

Banerjee tendered her resignation to West Bengal Governor Jagdeep Dhankar, and is scheduled to take oath on May 5. Earlier in the day, she met the newly elected members at Trinamool Bhavan where she was elected the leader of the legislative party.

Before meeting the Governor, Banerjee said, “Due to Covid, the party decided that I alone will take oath on May 5. Other ministers will be sworn in after the newly-elected members take oath in the Legislative Assembly,” she said.

Responding to a question if she would consolidate all anti-BJP forces for the Lok Sabha elections in 2024, during a press conference at her Kalighat residence, the Trinamool chief said, “I am a street fighter. All I can do is give a boost to the people to fight together in 2024. I think, all together, we can fight the battle for 2024. But right now we have to fight Covid-19. We have to defeat it first. Then we can discuss all this. We can hold a Brigade rally where leaders from other states will be called.”

After a bitter and fierce election battle where Mamata took on the BJP, whose charge was led by Prime Minister Narendra Modi and Union Home Minister Amit Shah, Mamata Banerjee said she was all for cooperation with the Centre. She, however, pointed out that Modi did not call her following Sunday’s victory, while several regional leaders including Arvind Kejriwal, Uddhav Thackeray, Naveen Patnaik, Akhilesh Yadav, Rajnikant and Tejashwi Yadav spoke with her.

“Ayi first time dekhlam, PM call korlo na (This is the first time — the PM did not call). I don’t mind. He must be very busy. I always cooperated and I am ready to cooperate. Ek haat e tali baje na (You cannot clap with one hand),” Banerjee said.

While fighting Covid was the top priority, the Trinamool Chief said, vaccines were not available, and alleged some states were getting more vaccines. Demanding free universal vaccination, she said, “Rs 30,000 crores is not a huge sum for the Centre; 140 crore people of India should be given free vaccines from the Centre. There should be universal vaccines for all.”

Banerjee said the credit for thwarting the BJP goes to the people of Bengal. “The spine of the people of Bengal is strong. Our women and youth showed us the way. It is a victory for Bengal’s people. It’s ‘Banglar joy’ (Bengal’s victory). BJP would not have crossed 50 seats without the help of Election Commission,” said Mamata Banerjee.