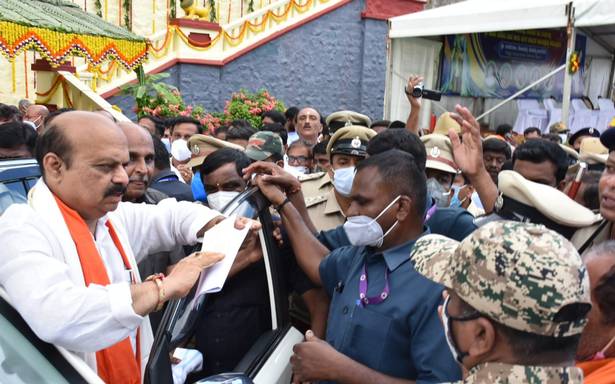 “I have taken the election setback very seriously, and will take the necessary corrective action,” he told reporters in Mandya.

The reasons identified by Mr. Bommai for the BJP’s loss in Hangal included the ‘good work’ of Congress candidate Srinivas Mane during the last three years and during the COVID-19 pandemic.

He said the party was not able to win the support of all the people who had voted in favour of late C.M. Udasi, whose death necessitated the by-election.

However, Mr. Bommai said, party leaders and workers had worked hard with the aim of ensuring victory for the BJP in the constituency.

He pointed out that Congress had won the by-elections to Nanjangud and Gundlupet during the tenure of former Chief Minister Siddaramaiah. But, the party lost both the seats in the subsequent Assembly elections in 2018.