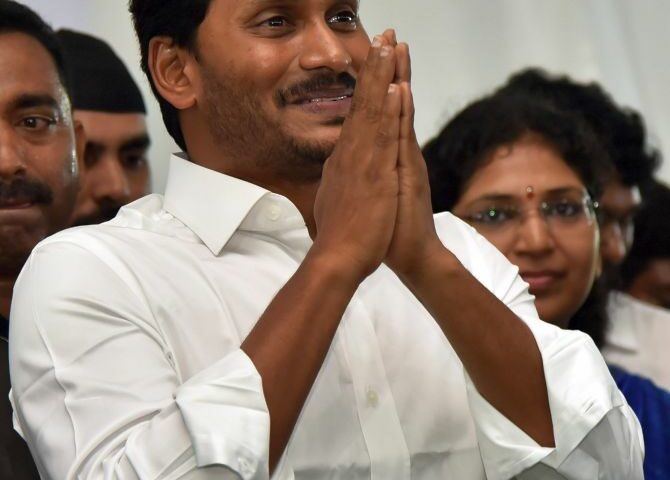 Power and money are at the heart of the sordid story — and it isn’t over yet, reports Aditi Phadnis.

Andhra Pradesh will have only one capital — Amaravati — for now.

Opting for discretion over valour in the face of multiple judicial challenges, Chief Minister Jagan Mohan Reddy announced in the legislative assembly recently that the government was withdrawing legislation to create three capitals in the state which were to have been located at Visakhapatnam (executive), Kurnool (judicial), and Amaravati (legislative).

Reddy indicated the three-capital plan was not off the table but merely on pause. ‘Our intention of decentralised development of the state has been twisted and distorted. Also, legal hurdles were created and court cases filed,’ he told the assembly.

A former AP cadre bureaucrat said: “The CM is a determined person. He was under pressure from all fronts. He’s put the three-capital plan on hold for the moment to live to fight another day. I’m certain that the plan will return in another form.”

With the CM’s announcement, the curtain has come down halfway on a drama of dreams, ambition, greed, and bitter political rivalry.

Those left carrying the can are the people who had invested in real estate in Andhra Pradesh, hoping the value of land would double, maybe treble over the next decade.

With a near-bankrupt state government, leave aside paying to create new infrastructure, the government is not even able to afford to pay full compensation to land losers. Besides, there is the agony of uncertainty among administrators, urban planners and ordinary citizens.

Power and money are at the heart of the sordid story — and it isn’t over yet.

It all began with the division of Andhra Pradesh and Hyderabad becoming the capital of Telangana.

This was to be modelled on Singapore and its master plan was assisted by two Singapore government-appointed consultants. The city was to cover a geographical area of 217 sq km and was to be developed for approximately $8 billion.

The unstated subtext was that land around Amaravati was owned by wealthy Kamma farmers, who have been backers of the Telugu Desam Party. The net loser was the Reddy community, the other politically powerful and land-owning caste in AP.

Once Amaravati was announced as the capital, land around the region shot up several hundred-folds in value and transfers of titles and change of land use followed at breath-taking speed.

However, the assembly elections intervened before Naidu’s plans could fructify.

That they were riddled with loopholes and angles is another story. Of nearly 54,000 acre identified for the city, 42,000 acre was cultivated land, and of that, 40,000 acre was irrigated land.

Farmers stood to lose land but were expecting to make a killing from compensation. Those who were most worried were the farm-based labour — leaseholders.

Moreover, the entire area was rich black cotton soil, prized for agriculture but a marsh for purposes of construction.

Naidu’s government was voted out of power in May 2019 and Reddy stormed to power. The Reddy cohort dominant in Rayalaseema saw this as an opportunity to correct the power imbalance that had followed two previous terms of the Kamma/TDP rule.

Seizing on the recommendations of several previous committees, Reddy instituted a few more “that said what he wanted them to say”, a bureaucrat commented wryly.

As he wrestled with the one signature move that would slay the TDP, at the same time cementing his own dominance, he hit upon the scheme of three capitals. One of them was to be located in Rayalaseema (Kurnool).

“I remember those days. The three capitals idea emerged magically one fine morning. And then the CM made that sensational announcement,” said a bureaucrat associated with the decision.

But problems followed soon: The very problems that had led to the earlier rejection of the idea. The state government had no authority to legislate on the location of a high court. So, the idea of shifting the high court out of Amaravati was complicated.

There was also the cost factor. The Reddy administration’s political signature was a caring government. “

If AP has managed to get off lightly during the pandemic, it is because of the welfare emphasis the government places in all its programmes via cash transfers,” said P V Ramesh, who retired as additional chief secretary, Andhra Pradesh. But welfare costs money.

How was compensation to be paid — not just for Amaravati but also for Kurnool and Vishakhapatnam — if the state had no money?

Conservative estimates put the value of the acquired land today at around Rs 1.5 trillion. Compensation has to be paid at 150 per cent of the value. As much as 75 per cent of the GSDP is the state’s debt. Much of it is based on shell companies established for the purpose of developing the capital. Core revenues of the state government are securitised to banks.

The thinking in government circles is that the best way forward now is to raise money by auctioning the land it had acquired for Amaravati. Once state finances stabilise, the money could be used to finance — partially — the unfinished three (or two) capital project.

So, it is Amaravati today. But a few years down the line, who knows what the capital of Andhra Pradesh might be?