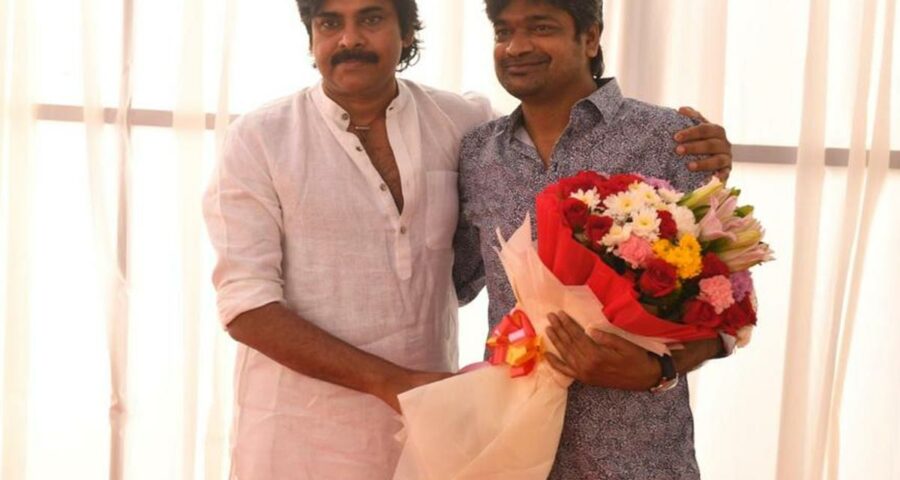 Power Star Pawan Kalyan is now coming up with the court room drama Vakeel Saab,  directed by Venu Sriram, which is slated to hit the theaters on 9th April.  We have already reported that Pawan Kalyan is also collaborating with  Harish Shankar for a film. Yesterday the director celebrated his birthday and on this occasion he met Pawan Kalyan. This news is confirmed by the production house Mythri Movie Makers as they shared  few pics of Harish with Pawan.

Harish Shankar is one of the popular film makers of Telugu Film Industry, after assisting the directors like Ram Gopal Varma and Puri Jagannadh, started his career as a director with Shock  which was released in 2006.

Last year in the month of September, Mythri Movie Makers had shared the first look poster that featured stylish bullet parked near the India Gate. The poster also had pictures of leaders Subash Chandra Bose and Sardar Vallabhai Patel,  while a spiritual book and a rose flower were seen kept over the seat of a bike,  that hints at the theme of the love and patriotism in Pawan Kalyan starrer film.

It is being heard that Malayalam actress Manasa Radhakrishnan is also the part of  Harish Shankar’ directorial venture.