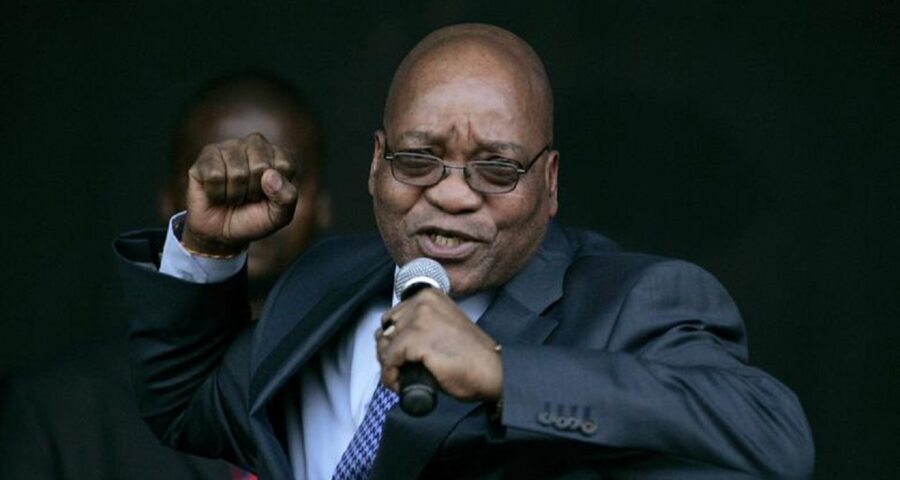 The latest reports of the Commission of Inquiry into State Capture says that the Gupta brothers had used former president Jacob Zuma not only against the people of South Africa but also to install their own lackeys at key institutions.

Central to the Guptas’ scheme of state capture was Zuma, who they must have identified at a very early stage as somebody whose character was such that they could use him against the people of South Africa, his own country and his own government to advance their own business interests, according to the report.

“President Zuma readily opened the doors for the Guptas to go into the State-Owned Enterprises and help themselves to the money and assets of the people of South Africa,” says the fourth part of the report which was handed to President Cyril Ramaphosa by Commission Chairperson Chief Justice Raymond Zondo on Friday.

The report said Zuma ‘would do anything that the Guptas wanted him to do for them,’ including firing competent ministers and senior officials at parastatal institutions, so that Gupta lackeys could be appointed to those positions.

The Gupta brothers — Ajay, Atul and Tony — first arrived in South Africa from Saharanpur in India in the early 90’s as freedom dawned under Nelson Mandela.

They started with a shoe store and rapidly built up a massive empire that included IT, mining and media, allegedly using Zuma’s influence.

The Guptas are currently believed to be in self-imposed exile in Dubai, with South Africa’s extradition request for them to face criminal charges still pending. They have also been declared prohibited visitors in the US and the UK.

Zuma was ousted by his own African National Congress barely months away from the end of his second five-year term as president after massive public outcries. He is fighting ongoing criminal charges of corruption and served just a few months of a 15-month jail sentence last year for refusing to testify at the Commission.

The Commission heard from many witnesses, including ministers who had been removed, about the involvement of Zuma and the Guptas in their dismissals.

One of the three volumes that make up this instalment of the report from the Commission, which sat for three years, is about the capture of parastatal electricity supplier Eskom.

“The evidence proves a scheme by the Guptas to capture Eskom, install the Guptas’ selected officials in strategic positions within Eskom as members of the board, the committees of the board and the executives and then divert Eskom’s assets to the Guptas’ financial advantage,” the report says.

The report also found that former minister Lynn Brown was party to the situation in which billions were looted form Eskom, leaving it almost bankrupt and unable to finance ageing infrastructure which has been causing regular load shedding across the country.

“When one has regard to all the evidence heard by the commission, it is quite clear that the Guptas were in control of the Eskom board. The president of the country, Mr Jacob Zuma, and minister Brown were manipulating the situation at Eskom to advance the business interests of the Guptas,” it said.