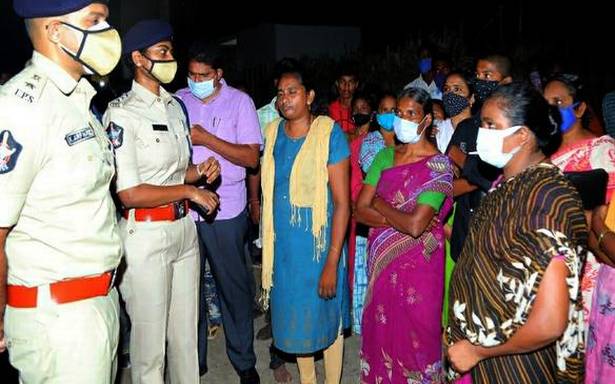 Superintendent of Police, Guntur Urban, K. Arif Hafeez on Monday evening visited Swarnabharathi Colony and talked to a few women regarding the issues they faced pertaining to traffic and law and order in their areas, as part of his outreach programme undertaken to improve policing.

“We want to reach out to people so that we can understand their issues. We want to ensure that they have the confidence to approach police directly and we want them to know that we are just a call away,” said the SP while touring areas and talking to residents.

During his interaction with women in Swarnabharathi Colony on Monday, while one pointed out to the dysfunctional CCTV, another informed him about the inadequate street lighting in the area and lack of surveillance that provides cover to miscreants.

“The outreach programme has been commenced in areas of low-income groups as of now. We have identified the key issues here and will be taking remedial measures,” said Mr. Arif Hafeez.