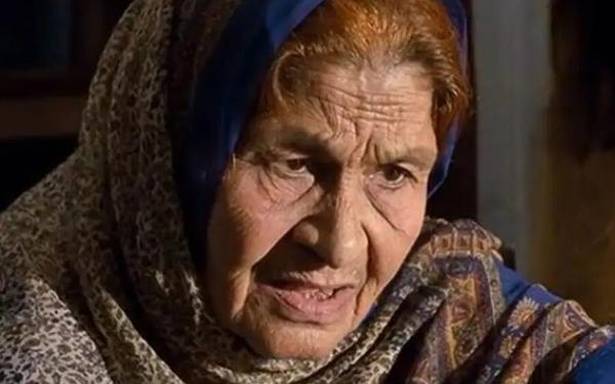 Veteran actor Farrukh Jafar, known for her performance in films "Gulabo Sitabo" and "Sultan", died on October 15 at a hospital here. She was 89.

Her elder daughter Mehru Jafar said her mother was unwell and was admitted to Sahara Hospital earlier this month.

“She was admitted to the hospital on October 4 due to breathlessness. She was not well. Her lungs were unable to take the oxygen that had been given to her. She passed away in the evening at around 6 pm,” Ms. Mehru told PTI.

Jafar’s grandson Shaaz Ahmad also shared the news of her demise on Twitter.

Her last rites will be performed on October 16 morning.

Jaffer, who was one of the first radio announcers of Vividh Bharti Lucknow in 1963, began her on screen journey with the 1981 classic “Umrao Jaan”, in which she played Rekha’s mother.

She later appeared in some TV shows but found further acclaim with the 2004 Shah Rukh Khan-starrer “Swades”.

Some of her other notable performances were in Aamir Khan-backed “Peepli Live”, in which she essayed the role a bidi-smoking cantankerous mother-in-law and Salman Khan-led "Sultan", in which she featured as the superstar’s uber-cool grandmother. She also played Nawazuddin Siddiqui’s grandmother in “Photograph”.

But her most memorable performance was as the fiesty Fatima Begum, wife of megastar Amitabh Bachchan’s character in “Gulabo Sitabo”, directed by Shoojit Sircar. In her interview with PTI, the actor had expressed happiness over the praise for scene-stealing performance in the movie.

"Maine suna ki Begum baazi maar le jaati hai picture mein. ( I have heard that Begum outruns everyone in the film). Such praise about my character makes me happy," she had said in the June 2020 interview.

In the film she played a 95-year-old wife to Bachchan’s 78-year-old Mirza who is awaiting his Begum’s death to finally own Fatima Mahal, the derelict mansion at the centre of the conflict. But in the final moments of the film, Begum manages to one up Mirza in his own game.

“Begum is gone Farrukh ji, there was no one, and there will be no one like you. Thank you from the bottom of my heart for allowing us to connect with you. Please stay safe in the other world of Allah. RIP #FarrukhJaffar #Begum #FattoBi #FatimaBegum #GulaboSitabo,” she wrote on Instagram, alongside a picture of the actor.

Jafar was married to journalist-politician Syed Muhammad Jaffar, and is survived by daughters, Mehru and Shaheen.