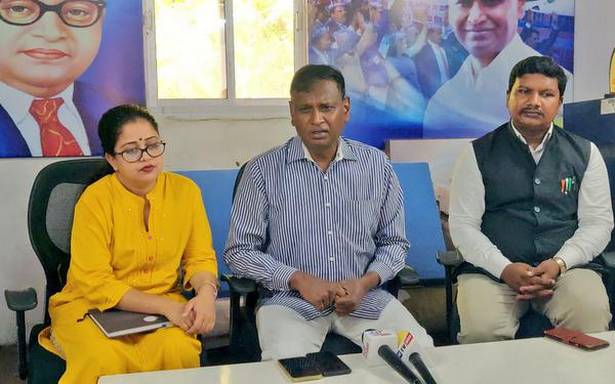 Will continue fight for their rights: Udit Raj

Former Lok Sabha MP and Congress national spokesperson, Udit Raj, on Wednesday said the Haryana and Delhi governments and the Union government could not abdicate their responsibility to rehabilitate those rendered homeless because of the demolition of Khori Basti in Faridabad and reiterated to continue his fight for their rights.

He demanded to know as to what was the hurry to knock down the houses of over one lakh poor people amid the pandemic when the Haryana government’s amendments to Punjab Land Preservation Act, 1900 were in the pipeline.

He alleged that the big hotels, farmhouses and educational institutes on the forest land belonging to the rich were spared, but the poor were targeted.

Mr. Raj, who is also the national chairman of All-India Confederation of Scheduled Castes and Scheduled Tribes organisations, lamented that the Supreme Court did not order recovery from the land mafia that had sold the government land to the gullible migrants and compensate the poor.

Meenu Verma, national co-ordinator of the confederation, alleged that hundreds of houses in colonies under the PM-UDAY, a scheme for recognition of the property rights in unauthorised colonies in Delhi, were also demolished by the Municipal Corporation of Faridabad. She said that her representations to Delhi government in this regard did not elicit any response.

Confederation leader Sanjay Raj said the people in power could not see the pain and sufferings of lakhs of people, including pregnant women, teenage girls and elderly, rendered homeless and their memoranda to the office of Prime Minister and Home Minister did not elicit any response.