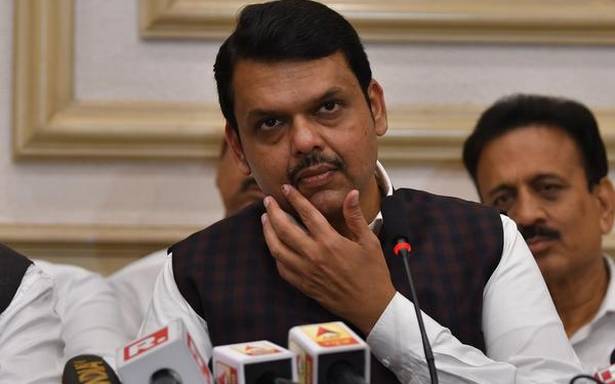 State government’s decision to scale down his security cover will have no impact, the former CM said.

Senior BJP leader Devendra Fadnavis said on Monday that the Shiv Sena-led Maharashtra government should focus more on preventing incidents like Bhandara hospital fire, in which ten infants lost their lives, instead of concentrating on issues like the security cover of public representatives.

Addressing reporters in Mumbai, Mr. Fadnavis said the State government’s decision to scale down his security cover will have no impact on him and that he will even visit the Naxal- hit district like Gadchiroli without any security cover.

As per a government notification issued on January 8, Mr. Fadnavis, who is the Leader of Opposition in the Maharashtra Assembly, will now get ‘Y-plus security with escort’, instead of the ‘Z-plus’ cover. The security of his wife Amruta Fadnavis and daughter Divija has been downgraded from ‘Y-plus with escort’ to ‘X’ category.

"(Decisions like) removing or retaining security cover won’t have any impact on us. We are not worried about it. We are the people who roam without security. The present security cover is adequate and we have no problem if that too is taken away," Mr. Fadnavis, a former Chief Minister, said.

He said he can travel to various parts of Maharashtra even if there is not a single security guard accompanying him.

"Hence, we have no complaint and objection to it (the security downgrade)…..instead of focusing on these issues, the government should focus more on Bhandara-like incidents," he said.

Ten infants died in a fire at the Bhandra district hospital in east Maharashtra on January 9.

To another question, Mr. Fadnavis said the people are now demanding registration of a culpable homicide case in connection with the Bhandara incident.

He said it would be wrong if anybody supports Nathuram Godse, the assassin of Mahatma Gandhi.

His remarks come in view of the Hindu Mahasabha opening a study centre on Godse in Gwalior city in BJP-ruled Madhya Pradesh.

"Nobody in this country can support Nathuram Godse,” he said.

“The one who murdered the Father of the Nation cannot be hailed in this country. It is wrong if one tries to do so. It cannot be defended," the BJP leader said.

Replying to a question, Mr. Fadnavis said the BJP will welcome renaming Aurangabad city in Maharashtra as Sambhajinagar if a proposal to this effect is brought in the State Cabinet meeting.

Amid reports of the ruling Shiv Sena trying to attract Gujarati voters ahead of the 2022 Mumbai civic body polls, Mr. Fadnavis took a swipe saying he was "happy" that the Uddhav Thackeray-led party is trying to woo the community even if it is just for the sake of elections.

"The Shiv Sena opposes Ahmedabad-Mumbai bullet train, but is trying to woo the Gujarati community," he added.