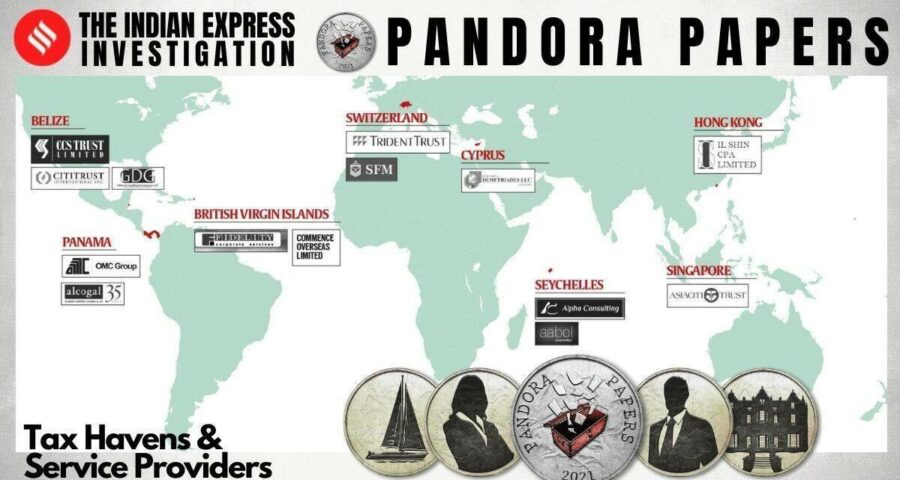 Beginning Monday, The Indian Express has begun a series of investigative reports that show how Indian elites have found ingenious new ways to ring-fence their assets abroad from scrutiny at home. The Goverment Monday directed a multi-agency probe involving the Central Board of Direct Taxes, Enforcement Directorate, Reserve Bank of India, and Financial Intelligence Unit to investigate the cases of Pandora Papers — the latest leak of offshore financial records investigated by The Indian Express in collaboration with the International Consortium of Investigative Journalists (ICIJ).

Beginning Monday, The Indian Express has begun a series of investigative reports that show how Indian elites have found ingenious new ways to ring-fence their assets abroad from scrutiny at home.

“The Government has directed today that, investigations in cases of Pandora Papers leaks appearing in the media under the name ‘Pandora Papers’ will be monitored through the Multi Agency Group, headed by the Chairman, CBDT,” said a statement issued by the Ministry of Finance.

The Ministry said the Government has taken note of these developments and relevant agencies would undertake investigation in these cases and appropriate action would be taken as per law. It said it will engage with foreign jurisdictions during the probe.

“With a view to ensure effective investigation in these cases, the Government will also proactively engage with foreign jurisdictions for obtaining information in respect of relevant taxpayers/entities. The Government of India is also part of an Inter-Governmental Group that ensures collaboration and experience sharing to effectively address tax risks associated with such leaks.”

While this is the eighth leak reported by this newspaper with ICIJ, the government said that following earlier leaks such as HSBC, Panama Papers and Paradise Papers, the Government already enacted the Black Money (Undisclosed Foreign Income and Assets) and Imposition of Tax Act, 2015 with an aim to curb black money, or undisclosed foreign assets and income by imposing suitable tax and penalty on such income.

“Undisclosed credits of Rs 20,352 crore approximately (status as on 15.09.2021) have been detected in the investigations carried out in the Panama and Paradise Papers,” the Ministry said.

Meanwhile, the two former Supreme Court judges who head the Government’s Special Investigating Team (SIT) on black money have said “action” will be taken on the fresh revelations.

The SIT was set up by the Modi Government in 2014 following its first Cabinet meeting and has so far submitted seven reports to the Supreme Court.

Speaking to The Indian Express, SIT Chairman, retired Supreme Court Judge, Justice M B Shah said: “This is a very important matter for us. The investigation shows what is happening in the country without the knowledge of the so-called experts.”

Justice Shah said he will soon write to the Government about the details of offshore assets contained in The Pandora Papers.

Vice chairman Justice Arijit Pasayat said: “I have officially approached the CBDT and asked them what action has been taken or proposed to be taken on the Pandora Papers. The ongoing investigation shows the challenge posed to the system by tax evaders.”