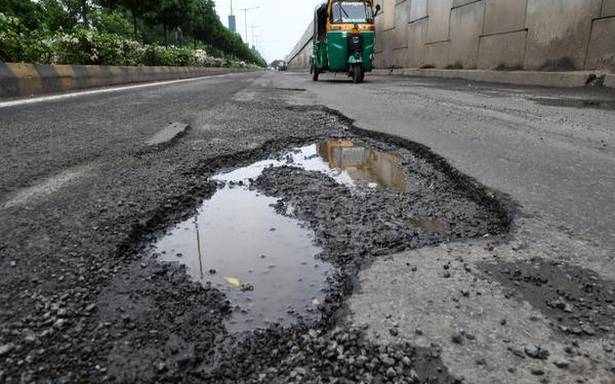 R&B Minister directs officials to complete them by June.

The Roads and Buildings (R&B) Department has finalised tenders for 812 road renewal and strengthening works at an estimated cost of ₹1,764 crore, and the agreements have been concluded.

“A total of 1,152 works costing ₹2,208 crore have been identified. Tenders for the remaining works will be finalised in a month,” according to a press release by M.T. Krishna Babu, Principal Secretary, Transport, Roads and Buildings.

Stating that R&B Minister M. Sankaranarayana held a review meeting on Saturday and ordered that all the works be started and completed by June 2022, Mr. Krishna Babu said works had begun in Chittoor, Kadapa, Prakasam, Kurnool, Anantapur, Krishna, Visakhapatnam and Vizianagaram districts. Twenty works had been completed and about 52 others were in progress, he added.

The Minister further directed the A.P. Road Development Corporation Managing Director to ensure payment of bills through banks within 48 hours of clearance from the Pay and Accounts officers.

The officials were asked to give top priority to road safety measures such as proper lane marking and setting up signboards, crash barriers, and hazard markers wherever necessary. The government had sanctioned urgent repairs to the tune of ₹387 crore, and works costing ₹276 crore had been completed.

Mr. Krishna Babu said on the maintenance front, the government had sanctioned ₹78.24 crore for filling up potholes during the year, and the officials were directed to complete all the works by the end of March 2022. Capital works had been taken up with a loan of ₹1,158 crore under NIDA (NABARD Infrastructure Development Assistance), and a sum of ₹568 crore was drawn and paid under the scheme. The officials were ordered to send proposals to NABARD to obtain loan under NIDA-II for executing 52 bridge works costing ₹717 crore.

Road widening works costing ₹2,970 crore had been taken up in the first phase of the New Development Bank-assisted External Aided Programme.

However, it was observed that the progress was slow, especially in Anantapur, Kurnool and Prakasam districts, and notices were issued to the contractors to complete the works by the end of January.

It was stated that pending bills amounting to ₹550 crore were cleared in the last three months, and another ₹200 crore would be paid in the next two weeks.