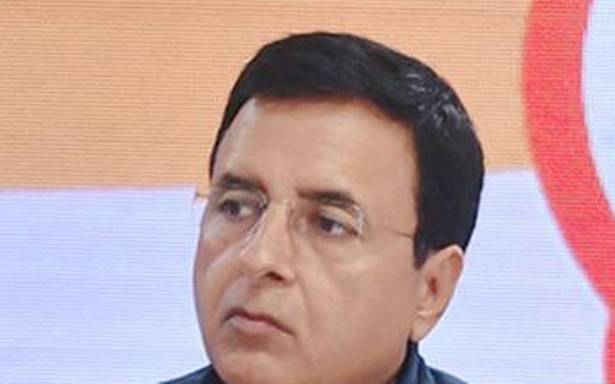 Marking the first anniversary of the three controversial farm laws, the Congress on Saturday said the electorate will penalise the Narendra Modi government for trying to rob the livelihood of the farmers and accused the government of taking anti-farmer steps for the last seven years.

On June 5 last year, the government notified the three Ordinances. In a statement, Randeep Surjewala, Congress general secretary and communication in-charge, said Prime Minister Narendra Modi had claimed that he was creating an opportunity for the farmers through these laws. Instead, Mr. Modi was giving a trade worth ₹25 lakh crore to his crony capitalist friends at the cost of 62 crore farmers, he said.

“With these black laws, the BJP government created opportunities for hoarding and black marketing of foodgrains for its capitalist friends, while the farmers had to brave lathi charge, water cannons and tear gas shells,” Mr. Surjewala said.

He said the “unethical” provisions in the law providing for contract farming were intended to make the farmers “bonded labourers” of select capitalists. “It seems that the Modi government remains committed to pay back its crony capitalists who helped them capture power in 2014,” he added.

Mr. Surjewala also accused the BJP government of working for the corporates since the day they came to power in 2014. “As soon as the Modi government came to power in 2014, it tried to grab the lands of the farmers through an ordinance. Then in 2015, the Modi government filed an affidavit in the Supreme Court stating that farmers can never be given cost plus 50% profit as the Minimum Support Price [MSP]. Then came the Pradhan Mantri Fasal Bima Yojana in Kharif 2016, from which a few insurance companies earned a whopping profit of ₹26,000 crore.”

The BJP government, he said, waived loans worth ₹10 lakh crore of the big corporates, but refused to extend the same courtesy to farmers.

“As if that was not enough to ensure the total doom for the farmers, the Modi government increased the excise duty on diesel by 820% and imposed taxes on agriculture,” Mr. Surjewala said.

The party reiterated its demands for the withdrawal of the laws.