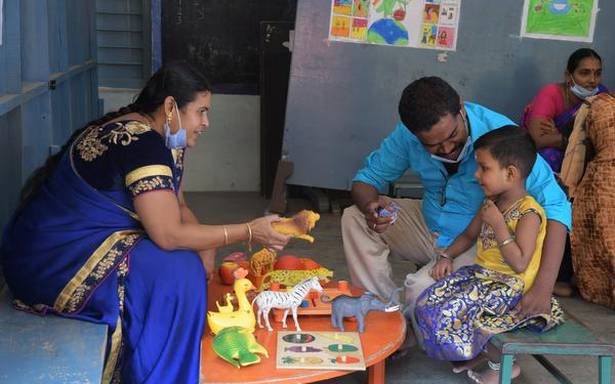 Temples in the city opened the doors for devotees on Vijayadasami, on Friday, following the State government’s decision to allow all places of worship to be opened on all days. The earlier order on closure of the places of worship on Fridays, Saturdays and Sundays was lifted.

A large number of devotees visited temples across the city. There was not much of a crowd in the morning. But, as the day progressed, it swelled, said Meenakshi Sundareswarar Temple sources.

Vijayadasami celebrations were held on Friday. Children took part in the Vidyarambham ceremony as they were initiated into the world of letters. Admissions to Pre-Kindergarten and Lower Kindergarten also took place in city schools. As part of the admission process, the children were asked to identify colours and objects. The COVID-19 protocol was followed in the schools. The parents were allowed to enter after it was ensured that they were vaccinated, said P. Kanchana, a school teacher.