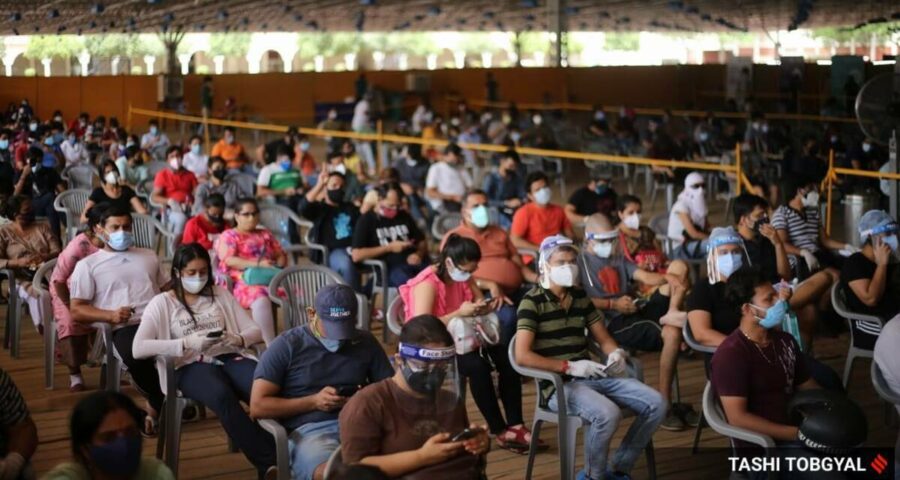 Maharahstra and BMC officials said they directly wrote to all manufacturers but have not received any response. They have received responses only from facilitator firms which claim tie-ups with manufacturers, with an assured supply. Mumbai has similarly received bids from one company for Pfizer-BioNTech and AstraZeneca vaccines, and seven for Sputnik V and Sputnik V Light. The Brihanmumbai Municipal Corporation (BMC), which floated an expression of interest (EOI) earlier this month, on Tuesday extended its deadline for the second time until June 1.

Maharahstra and BMC officials said they directly wrote to all manufacturers but have not received any response. They have received responses only from facilitator firms which claim tie-ups with manufacturers, with an assured supply.

On May 17, the state had floated a tender for 5 crore doses with the condition that the companies should have US FDA and WHO approvals and also get Union government’s nod to supply to Maharashtra. “Most bids received were for Sputnik vaccine, and some for Moderna and Pfizer,” said N Ramaswamy, Director of Maharashtra National Health Mission. The rate shared by eight bidders ranges between $ 10 to $ 38 dollars (Rs 728 to Rs 2,767) for each jab.

Ramaswamy added that some bidders have offered one crore doses, and one even up to five crore jabs.

State Health Minister Rajesh Tope said that while the bidders have provided rate and quantity, they have not given a timeline for supplying the doses. Maharashtra plans a video conference with all bidders in the coming days to get vaccine delivery schedule of each.

The state requires 12 crore vaccines doses for 5.7 crore people in the 18-44 age group. So far, it has purchased 19.89 lakh doses from Serum Institute of India (Covishield) and Bharat Biotech (Covaxin).

In a meeting with the Centre on Tuesday, Maharashtra officials raised concerns over the credibility of these firms and procedures to vet them. “We don’t know if the suppliers are reliable, whether they have tie-ups with Russian Direct Investment Fund (RDIF) or Moderna or Pfizer-BioNTech. We will direct details of all parties to the Union government for verification,” said an official who was part of the video conference.

“The BMC has asked the bidders to provide authorisation letters from vaccine manufacturers. We want to be sure of their established connections with manufacturers. Also, payment mechanism has been discussed,” said P Velrasu, Additional Municipal Commissioner.

Responses from all bidders are incomplete, both BMC and state officials said, as several relevant documents were not attached.