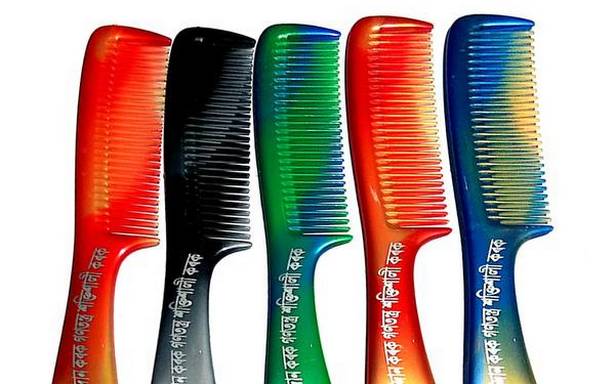 The way to a prospective voter’s head is through the hair, the authorities in a western Assam district have found out.

The Goalpara district administration has been distributing combs and other utilitarian items such as sanitary pads of daily use with SVEEP messages printed on them.

SVEEP expands to Systematic Voters’ Education and Electoral Participation, the flagship programme of the Election Commission of India for promoting voter literacy in the country.

“We chose simple essentials like the comb so that people are reminded of their civic responsibility on a daily basis as they go about their grooming regime,” Goalpara’s Deputy Commissioner Varnali Deka told The Hindu.

“The district election office is particularly ramping up SVEEP activities in areas with polling stations that have recorded low overall and low female voter turnout in the 2016 Assembly and 2019 Lok Sabha elections,” she said.

The four Assembly constituencies in Goalpara — Dudhnai, Goalpara East, Goalpara West and Jaleswar — averaged a voter turnout of 90.83% in the 2016 State polls but the turnout at some polling booths was less than 10% of the average of a constituency.

Two such polling booths with low voting in 2016 and 2019 are Belpara Lower Primary School and Rowmari Junior Basic School, both in Dudhnai.

Ms. Deka and her team have also been mobilising the Poshan Clubs in the district’s colleges to reach out to hitherto un-enrolled voters with special focus on the 18-19 age group, persons with disabilities (PwDs), women and other weaker sections.

Poshan Clubs were set up in all 1,698 schools in Goalpara district under the National Nutrition Mission since 2019. The concept was extended to colleges some time ago.

“The population in some tea gardens is also being mobilized through the Poshan Clubs to ensure no voter is left behind,” she said.

Besides, the district administration is conducting a reconnaissance exercise to identify PwDs not enrolled before.

Goalpara district has a total of 7.6 lakh voters, 3.79 of them women and 13 belonging to other genders.