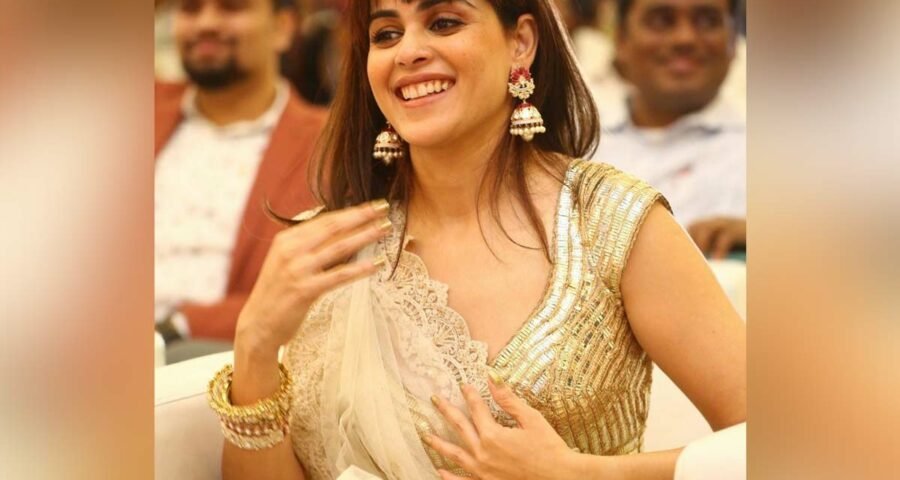 Genelia Deshmukh is making her come back in Telugu film industry after a long gap  and she will be seen playing the important role in Gali Janardhan Reddy’s son Kireeti’ debut film.  Karnataka Politician Gali Janardhan Reddy’s son, Kireeti is making his film   and his upcoming project will be bankrolled by Vaaraahi Chalana Chitram. Kireeti’ upcoming Telugu project was launched today morning with the formal pooja ceremony in Bengaluru in the presence of  Baahubali and Magadheera film maker SS Rajamouli.

SS Rajamouli was  the chief guest for the launch event. Directed by Radha Krishna, the yet to be titled movie will be made the lavish budget. Pelli SaanD fame Sree Leela has been brought on the board to play the female lead and she will romance with Kireeti. Kannada Star Dr Ravichandra V will be seen in an important role.

The big budget entertainer of Kireeti, Sree Leela and Genelia Deshmukh starrer yet to be titled film will be  produced by Sai Korrapati  and it will have the music by Rockstar Devi Sri Prasad, while Baahubali’s  cinematographer K Senthil Kumar will take care of cinematography department.