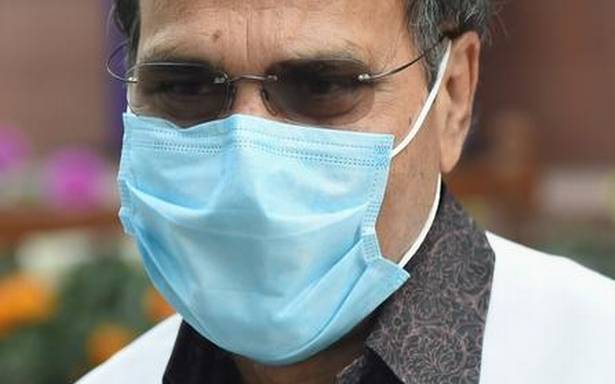 As senior Congress leaders Adhir Ranjan Chowdhury and Anand Sharma sparred over the party’s choice of allies in West Bengal, the party on Tuesday urged everyone to come together to take on the BJP in the upcoming elections.

On Monday, Mr Sharma had attacked the party’s decision to ally with the Indian Secular Front (ISF) and its founder, Abbas Siddiqui of Furfura Sharief, saying it militates against the Congress’ ideology. A member of the dissenting group of 23 (G-23) Congress leaders, Mr Sharma termed the presence of West Bengal Pradesh Congress Committee (WBPCC) at a joint rally with Mr. Siddique as ‘shameful’.

Hitting back, in a series of tweets late on Monday night, Mr. Chowdhury said, “Those who are committed to fighting against #BJP parties venomous communalism should support the Congress & campaign for the party in five states rather than attempting to undermine the party by remarks in tune with BJP’s agenda. Would urge a select group of distinguished Congressmen to rise above always seeking personal comfort spots & stop wasting time singing praises of PM. They owe a duty to strengthen the Party & not undermine the tree that nurtured them”.

Without directly responding to Mr. Chowdhury’s sharp comment, Mr. Sharma in his tweet hit out at the BJP for its ‘monumental’ mismanagement of the economy and subsequently told news agency, ANI, that they [G-23] stand for a united Congress, despite having reservations on some issues.

Responding to questions on the Congress’ internal rift, party spokesperson Abhishek Singhvi at a press conference urged colleagues to work together.

“I think, the whole idea of this larger front in Bengal was to create as far as possible to the maximum extent a good political fight against BJP’s particularly vitiated brand of politics and, therefore, I would say that each one of us, each one of my senior and respected and valued colleagues should join wholeheartedly and unconditionally in that fight to combat the false propaganda of BJP,” Mr. Singhvi said.

The Congress spokesperson also targeted the Governor of Manipur and the Elecetion Commission for sitting on a disqualification petition of 12 lawmakers in the Assembly despite a High Court order.

“12 BJP Manipur MLAs should have been disqualified in 2018 in office of profit case. Now, ECI says that Manipur Governor has already been instructed about the same but no action has been taken yet. Entirely unconstitutional of the Governor to protect BJP,” former Congress chief Rahul Gandhi separately tweeted.