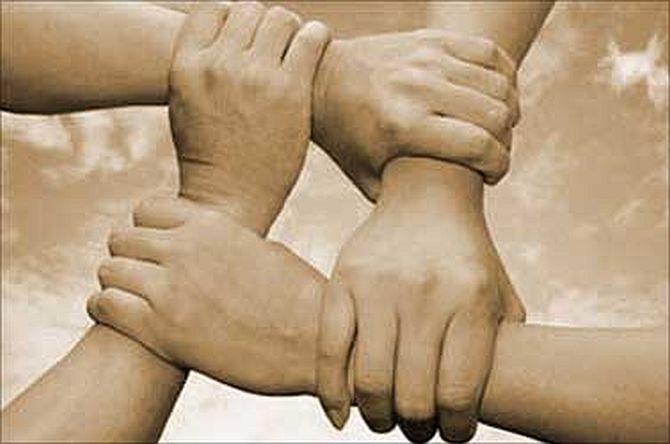 Sources in the industry say many domestic companies have also had preliminary discussions with original design manufacturers (ODMs) in China to look at a JV model for manufacturing smartphones.

Key ODM players in mobile devices in China include Longcheer, Huaqin, and Wingtech, which has already set up a plant in Tirupati.

According to Counterpoint, they collectively account for 75 per cent of the smartphone shipments globally, and across brands like Xiaomi, Lenovo, and Transsion.

A query to the Chinese companies in this regard did not elicit any response.

However, Counterpoint’s senior research analyst Ivan Lam says ODMs are expanding their factories “into India and southeast Asia to better support the sales of key accounts and comply with policy barriers and mitigation of tariffs.”

He adds that he expects to see this expansion accelerate after the end of the Covid-19 pandemic.

Sources say Dixon is looking at JVs with a majority stake for itself, for specialised components such as parts that go into camera modules, which are currently imported.

Those in the know say the plan is to build a supply chain ecosystem through these JVs, as continuing to import them is not sustainable.

The move comes after the government informed the stakeholders that there is no ban on Chinese companies, and Indian companies could seek joint ventures with them in key areas of technology.

A senior official in the communications ministry said: “We will not change press note 3, but there is no restriction under it for them (Chinese companies) to come to India — only their proposals will be scrutinised.

“We have no problems with Indian companies looking for joint ventures with them in key areas in the supply chain.”

Under press note 3, any proposal from a company which has borders with India (which includes China) will not get approval through the automatic route, which is allowed for others, but will be scrutinised by the government.

However, companies that are eligible under the production-linked incentive (PLI) scheme for mobile devices, including global players, have raised concerns that to build a supply chain for manufacturing mobile devices, the government has to find a way to permit Chinese companies, which dominate the components chain, to set up manufacturing in India.

Without that, it will be difficult for companies to achieve the value addition of 40 per cent, which the government expects them to reach in five years of the scheme (currently, it is as low as 18-20 per cent).

The alternative — getting local players to build the supply chain — would take a long time, as is evident in Apple’s experiment with the Tatas for manufacturing mechanical parts, which has been in the works for over two years.

In fact, except for two companies, most of the home-grown players such as Lava, Micromax and Optiemus eligible under the PLI scheme have not been able to push their production to the level needed to qualify for the incentives.

The government has been following a stringent policy when it comes to Chinese companies, especially after the growing tensions on the border between the two countries.

Apart from press note 3, investigative agencies have raided Chinese mobile companies like Xiaomi, Vivo, Oppo and others, and slapped big fines on them for violations of various rules.

Chinese electronics and automaker, BYD, has, in fact, withdrawn its interest in setting up a manufacturing plant to make iPads for Apple Inc, and has shifted to Vietnam instead.

Lately, the government has also been pushing Chinese brands like Xiaomi, Vivo, and Oppo to increase their exports from the country which are currently minimal.

The bulk of the exports is being undertaken only by Samsung and Apple.

In its meeting with stakeholders, the ministry of electronics and information technology has asked them to work out plans for more exports, and companies are working on it.

If this happens, apart from increasing the opportunity for domestic manufacturers to get more orders, it will help the foreign brands to improve their value addition.

But to do so they will also require a vibrant supply chain to be developed in the country.