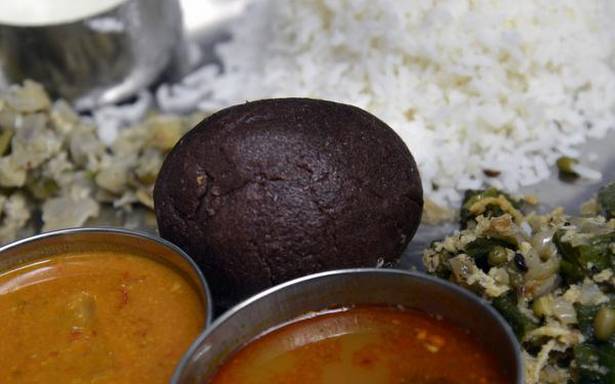 They fell ill after a dinner of ragi mudde, rice and sambar

Four persons of a family died while doctors are trying to save one person following suspected food poisoning at Isamudra village near Bharamasagar in Chitradurga taluk. The deceased are Thippa Naika, 45, his wife Sudhabai, 40, his mother Gundibai, and daughter Ramya, 16. The son Rahul, 21, is undergoing treatment in Davanagere.

They had ragi mudde, rice and sambar for dinner on July 12. Within half an hour, they had erratic bowel movements, forcing relatives to rush them to a government hospital at Bharamasagar. From there, they were taken to the district hospital at Chitradurga, where Sudhabai and Gundibai died.

Later, the remaining three were shifted to a private hospital in Davangere. Thippa Naika died on the way to Davangere while Ramya, who was preparing for SSLC examinations, died in the hospital late in the evening on July 13.

Rahul is in the intensive care unit.

The doctors treating them suspect food poisoning. Among six members in the family, Rakshitha, 19, did not suffer any health complications. She is the only one who did not have ragi mudde.

G. Radhika, Superintendent of Police in Chitradurga, told The Hindu that a food sample had been collected from their house for forensic tests. “We have booked a case under Section 174C of the IPC for further investigation” she said.