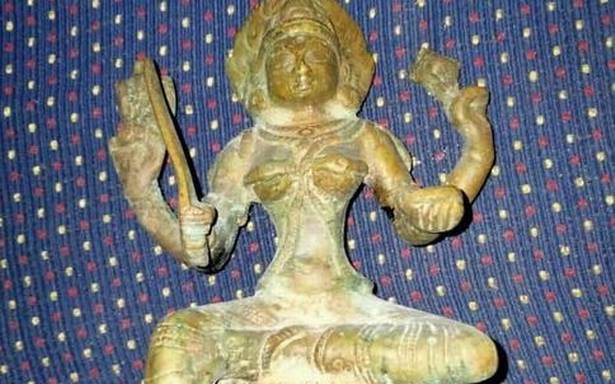 The police found the gang in possession of an Amman idol, a Lord Vinayaka idol, a Buddha idol and a Goddess Kali idol

Virudhunagar District Police have picked up four persons after seizing four metal idols from them near Veeracholan in Tiruchuli taluk on Tuesday night.

A special team of police from Narikudi police station approached V. Chinniah (60) of Meenakulam near Veeracholan after they got an alert about a gang attempting to sell idols.

The police found that the gang was in possession of an Amman idol (two feet tall), an idol of Lord Vinayaka (one-and-a-half feet), a Buddha idol (two-and-a-half feet) and a small idol of Goddess Kali.

While the suspects had claimed that they got it while digging in the ground, the police have not ruled out the possibility of the idols being stolen from a temple.