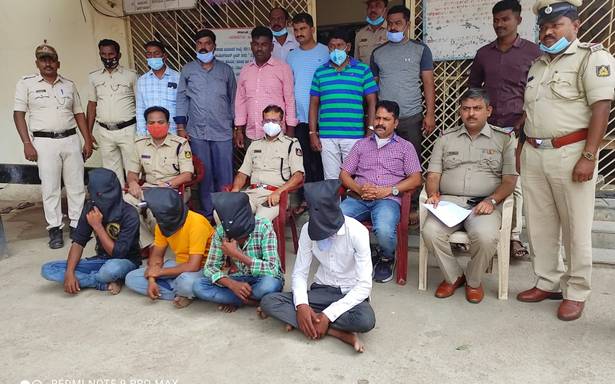 Police say alleged incident occurred near Shahapur around 9 month ago

Yadgir Superintendent of Police C.B. Vedamurthy told The Hindu on September 13 that four persons have been arrested for allegedly assaulting a woman who was without clothes.

The alleged incident was captured on video by one of the accused. The 2-minute 34-second video, which has gone viral, shows four men assaulting the woman with a lathi (stick) and their hands while she pleads to be spared.

According to the SP, the alleged incident might have occurred on the outskirts of Shahapur around nine months ago. Initially, early in the morning, Dr. Vedamurthy shared a WhatsApp message saying that the identity of the woman is unknown but the police had arrested two of the accused and were searching for the other two.

Minutes later, he informed that all four accused had been arrested.

By 10.30 a.m., Dr Vedamurthy told The Hindu that the woman had been identified, and a complaint will be registered.