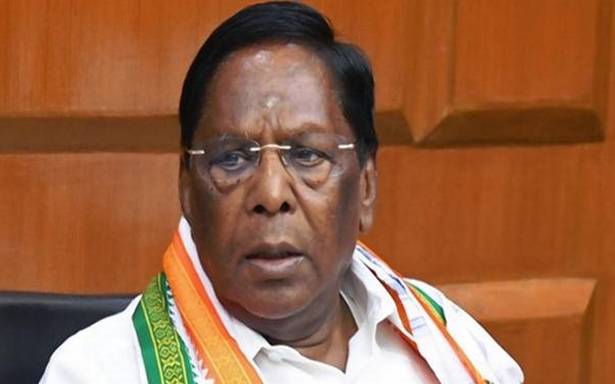 In a letter to PM Modi, V. Narayanasamy said the Omicron variant which was initially detected in South Africa has now been found in 18 countries, including India.

Former Chief Minister V. Narayanasamy has requested Prime Minister Narendra Modi to introduce booster dose against COVID-19 to protect the aged from the Omicron variant of the virus.

In a letter to the Prime Minister on Friday, the former Chief Minister said the Omicron variant which was initially detected in South Africa has now been found in 18 countries, including India.

Scientists with the World Health Organisation have made it clear that even people who have received both the doses of the vaccine could get reinfected because of the new variant. The scientists have warned that elderly people are more vulnerable to the virus, he said in the letter.

“The first and second wave of COVID-19 created havoc in the country. We lost our brothers and sisters. Therefore, it is absolutely necessary for Government of India to take immediate steps to protect aged people and senior citizens. Booster dose is the only solution for containing the Omicron virus,” he said in the letter.

Countries such as America, England, France, Saudi Arabia and Dubai have started administering booster dose to their people who have already taken both the jabs, he said.

“Therefore, I request you to announce giving booster dose to the people of our country who have already got two doses of the vaccine so that people could be saved from the effect of Omicron virus,” he said.