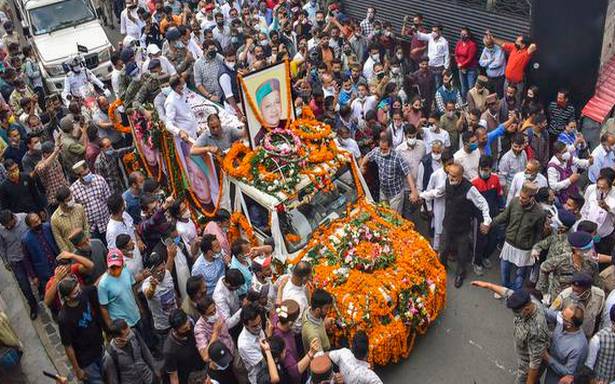 Thousands of his well-wishers gathered at the crematorium to bid adieu to the leader.

His son Vikramaditya Singh performed the last rites around 4.30 p.m.

Thousands of his well-wishers gathered at the crematorium to bid adieu to the leader.

A delegation of Congress leaders represented party president Sonia Gandhi at his cremation on Saturday.

The body was kept at Rampur’s Padam Palace from 8 a.m. to 2 p.m. before the funeral. His body was taken to the crematorium at 2.45 pm.